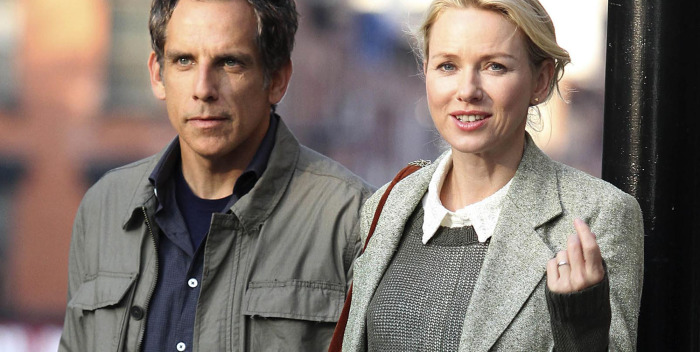 Saturday in Toronto: Noah Baumbach’s last couple of movies are among my favorites ever– “Greenberg” with Ben Stiller and Greta Gerwig, “Frances Ha” with Gerwig and Mickey Sumner, and his screenplay work for “The Fantastic Mr. Fox.” Now Baumbach goes all neo Woody Allen in the very funny, adroitly observed “While We’re Young,” which opened with a bang last night at the Princess of Wales Theater.

Something about Baumbach’s writing brings out the best in Ben Stiller. This time lightning strikes for all four main actors– Stiller, Naomi Watts, Amanda Seyfried, and Adam Driver. “While We’re Young” shrewdly satirizes the Lena Dunham generation of twenty-something Brooklyn, lower East Side slackers who feign indifference to success but are actually so ambitious for fame that they’ll do anything to get it.

Stiller and Watts are a long-married couple without kids, and happy that way. But then another couple has a baby and they are suddenly out in the cold as everything  becomes baby talk. At the same time, a Driver and Seyfried, married, in their twenties, very hip downtowners, come into their lives and their whole order of business is turned upside down.

But 44 is a lot different than 25, as they soon learn. And on top of just not being able to keep up physically– Stiller, for example, finds out he has arthritis in a very funny scene– there’s professional mayhem. Baumbach adds in a kind of “All About Eve” twist that will ring all too familiar for a lot of the audience. And that’s when things get interesting thanks to a not seen enough Charles Grodin as Watts’ legendary documentary filmmaker father (sort of a DA Pennebaker, Richard Leacock character).

“While We’re Young” hinges on an incident that has echoes (but is different) of “Broadcast News.” Suffice to say, this is a smart comedy very much in the vein of later Woody Allen. All the acting is superb, including Beastie Boys performer Adam Horovitz (whose dad is playwright Israel Horovitz) who makes a nice feature film acting debut.

PS For Toronto, this is Naomi Watts’s second big success after her hilarious Russian hooker in Barry Levinson’s terrific “The Humbling.” It’s about time.