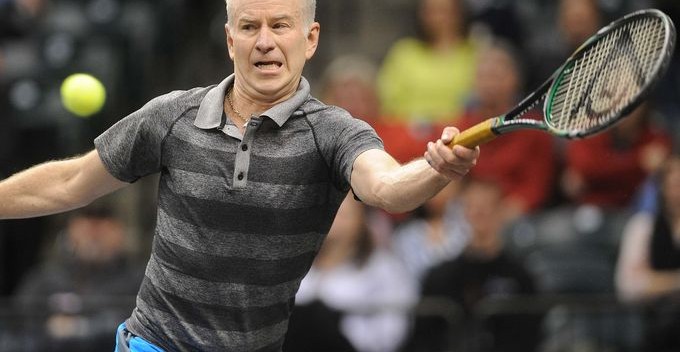 Here’s a new video in which tennis ace John McEnroe gets waterboarded– for real. It’s supposed to show how awful torture is. It’s, uh, torture.

“It’s a pretty powerful clip,” says McEnroe in a press release. “A friend involved with the project asked if I wanted to participate, saying he was making a video about living in a police state where people are punished for the smallest of infractions – sort of a ‘this could happen to you’ scenario. It seemed like a sci-fi concept at the time, but given everything that’s been happening around us lately, this video could easily be mistaken for an evening newscast. As for what it was like to shoot my scenes, let’s just say it was an experience I’ll never forget. I read about waterboarding and all the debates, and let me tell you from firsthand experience, it’s a brutal and terrifying form of torture. No one—American or otherwise—should ever have to endure that.”

The music is by a group called Future User.