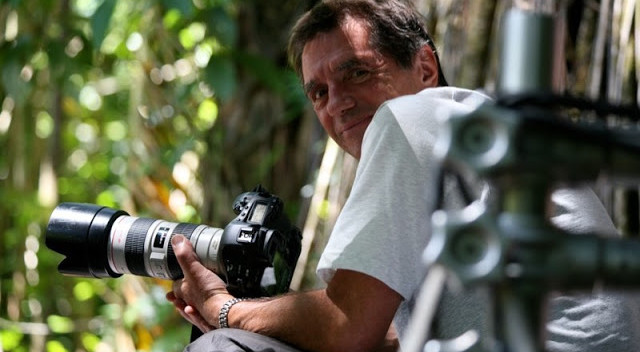 When Brad Pitt and Angelina Jolie got married last week, they used an unusual photographer to shoot the event. They didn’t go to Annie Leibovitz, for example, or Mario Testino or Mark Seliger any of the other photogs who’ve shot them for magazine covers or ads.

Instead, the man behind the lens was Brit David James, the famed still photographer who is currently working on “Star Wars 7” for J.J. Abrams. James is famous for shooting many big films including “Mission Impossible: Ghost Protocol.”

Brad and Angelina knew him already. James did the stills for Angelina’s upcoming film “Unbroken.” It’s unknown whether he did the job for free. But the credit reads David James/GettyImages. And the pictures were sold to People magazine and Hello! in Britain for upwards of $10 million. The money, I’m assuming, goes to the Jolie-Pitt Foundation for distribution to worthy causes.

In 2008, People and Hello! paid a record $14 million for exclusive of Brad and Angelina with newborn twins Vivienne and Knox. But we’ve had a recession since then. And Time Inc. was spun off as its own company– no Time Warner deep pockets to help them now.