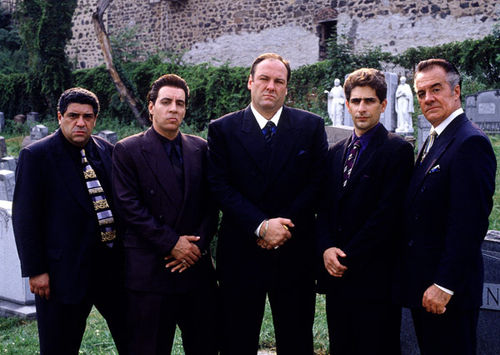 Everybody just cool out. Sopranos creator David Chase says he did not tell a writer for Vox.com that Tony Soprano is alive. Or dead.

Here’s a statement from Chase’s rep Leslee Dart:
A journalist for Vox misconstrued what David Chase said in their interview. To simply quote David as saying,“ Tony Soprano is not dead,” is inaccurate. There is a much larger context for that statement and as such, it is not true.

As David Chase has said numerous times on the record, “Whether Tony Soprano is alive or dead is not the point.” To continue to search for this answer is fruitless. The final scene of THE SOPRANOS raises a spiritual question that has no right or wrong answer.

Writing from abroad for a few days, I don’t know exactly what’s going on minute to minute. I guess the NY Post went crazy for the Vox story. But I do know David Chase, we’ve had many conversations about this, and frankly, he would never have said that. He might have meant Tony Soprano lives on for fans or for himself. But the thing the Vox writer missed is that James Gandolfini is dead. The actor was Tony Soprano. David gave the most beautiful eulogy last year at Gandolfini’s funeral. And that is the end of Tony and the story.

When The Sopranos ended, that night, I wrote that when you cut to black without music at the end of a show, that would indicate death. My guess is that Tony and his family were murdered in that restaurant. But everyone has a different opinion. And no one will ever know the answer.