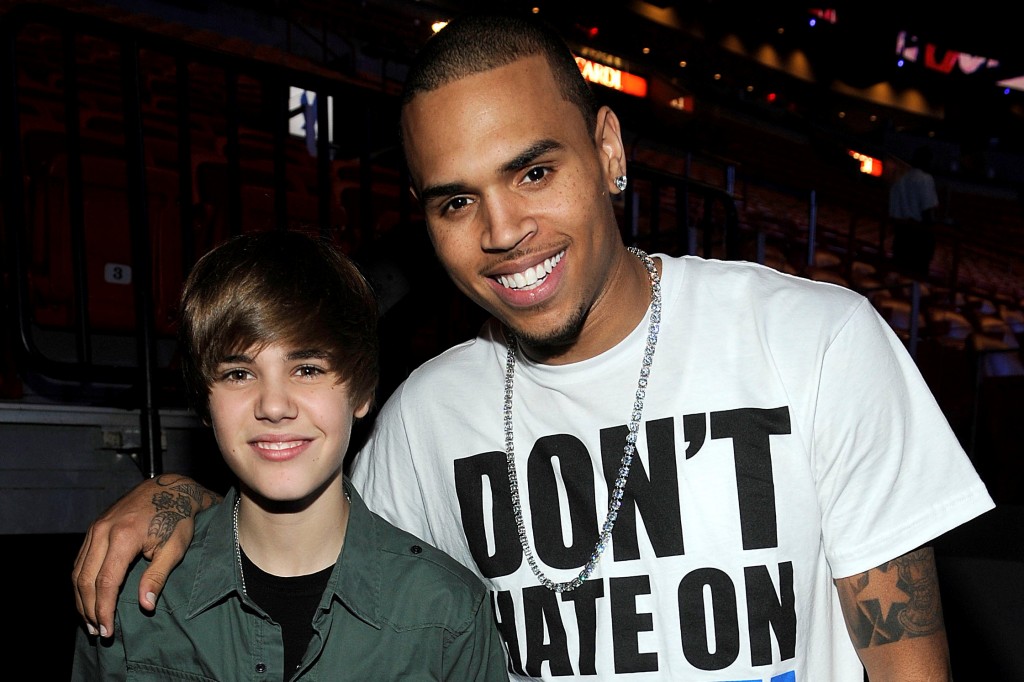 Chris Brown has never recovered from his 2009 brawl with Rihanna. The last five years have been spent in and out of jail, in front of judges, getting into fights, and recently hosting a VMA pary where rap celeb Marion “Suge” Knight was shot six times.

Just when you think you’ve heard it all comes the track list for Brown’s new album, called “X,” and due any minute. Is he going to class it up, overcome his bad rap, and get smart for a change? No way.

Among the tracks is a duet with R. Kelly, the only more infamous R&B artist around. Kelly, a prolific songwriter, has a bad history with the law concerning underage women. In 2008 he was acquitted on 14 counts of videotaping himself with an underage girl.

So now you have Brown, in and out of jail, and court, performing with Kelly. On top of that, Brown also resurrects Aaliyah from the dead for a duet. You may recall that Kelly and Aaliyah were briefly married– she was 15, and underage– and the marriage was annulled.

It’s unlikely even with these controversies that Brown will get much action with the new album. The shadow of the Rihanna incident hangs over him. Bringing R. Kelly and Aaliyah into the mix doesn’t seem like the answer. But this guy just takes the rough road whenever he can.