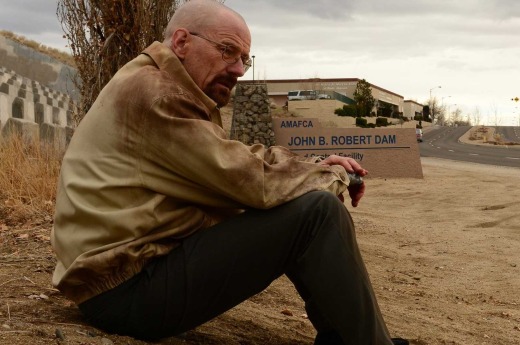 So glad I was away for the Emmy Awards. The same shows, the same people, etcetera, etcetera. “Modern Family” was Best Comedy over “Veep.” Ridiculous. “Breaking Bad,” now off the air, won Best Drama over “Mad Men” and a bunch of good shows that weren’t even nominated. Oy vey.

Bryan Cranston will now be nominated for the Nobel Prize (he also won Best Actor at the Tony Awards this year). His best work, as dentist Dr. Tim Watley, on “Seinfeld,” remains under appreciated.

Aside from Seth Meyers and the Robin Williams tribute, no one can be criticized for thinking they’d seen last night’s Emmy Awards before. Once a show resonates in the ratings and with Emmy committees, it’s in for life. But woe to those that are passing fancies, like “Mad Men,” “Homeland” and “House of Cards.” When the committees turn cold, there’s no looking back.

I hereby bestow awards on the gang from “Mad Men,” who will end their official run at this time next year with whatever they’ve already received. Jon Hamm at least had nominations. John Slattery was totally screwed over and over. But that’s the way the Emmy cookie crumbles.