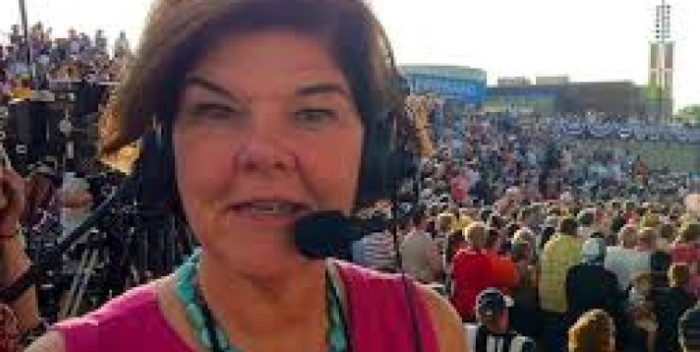 Ann Compton, a welcome face and voice on ABC News for 40 years, is history. She’s being retired on September at age 67.  While the American retirement age is supposed to be 65, most everyone who can now works as long as they can. There was no sign that Ann Compton– who was also on ABC Radio–was ready to go. She didn’t look tired. And she didn’t make the announcement.

My guess is ABC will just pull her off during one of her dependably smart reports and throw her into the same pile where Barbara Walters, Diane Sawyer, and Katie Couric went this year. That’s right: ABC News has managed to get rid of all its on camera females over a “certain age” in a year’s time.

Ann Compton’s exit leaves Elizabeth Vargas, 51, and Deborah Roberts, 53. Vargas did a recent stint in rehab, so ABC could go for her first. I don’t think she wants to spend more time her family given recent tabloid reports, but you never know. Roberts may be harder to shake. She’s married to NBC Today star Al Roker, and he is known to speak his mind.

Interesting: this comes at a time when Jane Pauley, who went under the radar for a while, is staging a Renaissance at CBS. She hosted the Sunday morning show last week, and is subbing for Gayle King. Pauley’s return is refreshing, to say the least. And over at NBC, Cynthia McFadden– also over 50 and nudged out of ABC News this year– is going to be lending her expertise to their broadcasts.

As for Ann Compton, I hope this isn’t the end. After all Bob Schieffer is 77 and he’s still on the air. So are plenty of other men over 50. If you listen carefully, I’m sure Irving R. Levine is still reporting for “Today.”