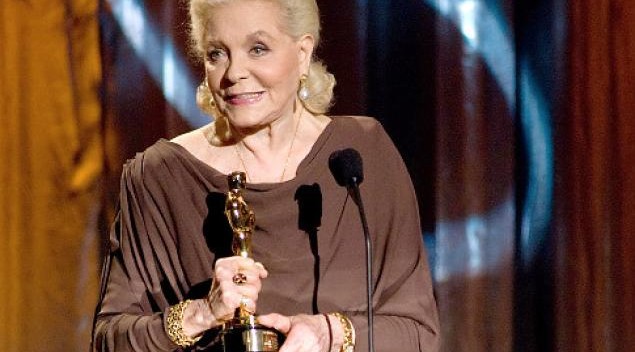 The great screen legend Lauren Bacall has died in New York at age 89. She would have been 90 next month and was ailing for some time. What a shame. Bacall was one of the great great ladies of all time, a real star from the age of 17. Her marriages to Humphrey Bogart and Jason Robards are legendary, as was her romance with Frank Sinatra.

My lunch with Lauren Bacall and Vanessa Redgrave

Bacall was no slouch and no wall flower. She was a dame who stood up for herself. She starred in so many classic movies with classic lines– “To Have and Have Not,” “Key Largo,” “How to Marry a Millionaire,” “Designing Woman.” Then she conquered Broadway with the musical “Applause.”

Bacall was one of a kind and she knew it. Born Betty Jean Perske, her rise to success is chronicled in her best selling memoir “By Myself.” She wrote ever word of it by herself, too. She and her mother and brother were abandoned early on by her father. Instead of retreating, she became ambitious first as a star model and then as overnight success as an actress.

You’ll read all kinds of bios of Bacall tonight and tomorrow. She and I were old family friends, with a connection. At one of her last public outings, a lunch at Michael’s last year for Vanessa Redgrave, Bacall asked me to sit next to her. She was on fire, her old self, and loving every minute of it. She and Redgrave had bonded through Redgrave’s late daughter Natasha Richardson. Even though Betty wasn’t going out much anymore– her only other major appearance of late had been at the Lincoln Center event for Sidney Poitier–she reveled in the attention.

Truly the end of an era. I’ll write some more later. For now, though, cue those clips. This was a Movie Star, god damn it.

It takes a superstar to educate the new generation of actors. But that’s exactly what took place last night when legend — and I do mean legend — Lauren Bacall met up-and-comer Cate Blanchett. The occasion was a dinner in honor of Blanchett for her new movie, “Veronica Guerin.”

Blanchett — who just signed on to co-star in Wes Anderson’s “Life Aquatic” with Bill Murray and Anjelica Huston — is on her way to Montreal to play Katharine Hepburn in the Martin Scorsese movie, “Aviator,” about Howard Hughes.

Originally Nicole Kidman was set for the part, but that didn’t work out and now Blanchett is in it. Luckily, Bacall knew the late, great actress and was able to give Cate — Oscar nominated for “Elizabeth” in 1998 — some pointers.

“She wore her hair up,” Bacall said, “and she was very athletic. She had only a trace of a Hartford accent, so don’t worry about that,” she told Blanchett, and rattled off several more reminisces to the awe-struck Australian actress.

“You’re the definition of fabulous,” Blanchett shot back, hugging the Hollywood icon.

The talk turned to the red carpet at the Oscars, which Blanchett first blanched at back in 1999, but now has it down.

“I was nominated for one Oscar and I lost it,” the regal Bacall said. “But I got more publicity for losing it than for winning it.”