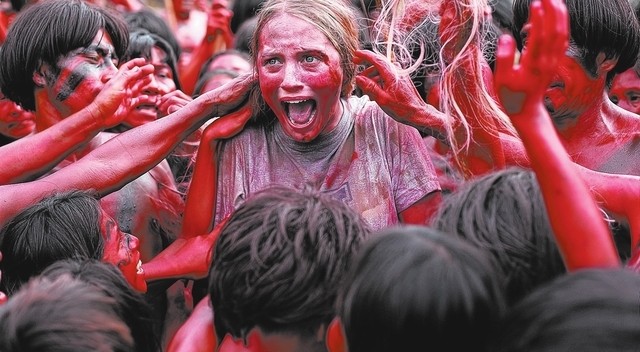 Eli Roth’s The Green Inferno” has suddenly been pulled from the release schedule by Open Road Films. The controversial horror film was due in early September. Early reviews cited its cannibal theme and “gory violence.” Roth is the very amiable director actor who appeared in Quentin Tarantino’s “Inglorious Basterds.” He directs B movies, horror films, and so on.

“Green Inferno” was already getting poor reviews. But the cannibal theme may have been too much, especially since warm hearted cooking films are all the rage now. Jason Cassidy is over there, just promoted to head of marketing. He’s very smart, a Miramax grad. He may have just told everyone what was eating him, so to speak.

“Green Inferno” was financed by Worldview Entertainment, which has lately been in financial turmoil. Their CEO Christopher Woodrow was forced to step down recently under a cloud. Sources tell me the company is a mess. and that all their deals should be scrutinized. “They just don’t have the money to pay for the release,” a source tells me, even though the company is run by respected CEO Molly Connors.

One problem with Worldview is that they’re struggling to find a hit. After a few clunkers they may be on the brink with “Birdman” starring Michael Keaton. So hold on.