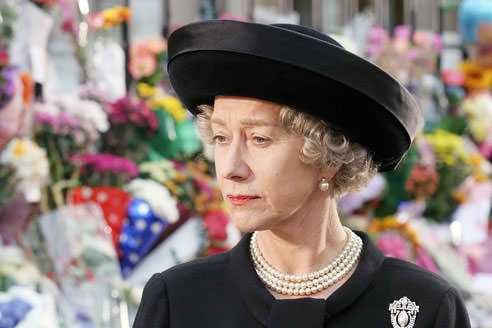 Dame Helen Mirren– so good in “The One Hundred Foot Journey”– comes to Broadway this spring 2015. Helen is bringing Peter Morgan’s “The Audience” in for a Tony run after its hit stay in the West End. In this play, Mirren once again plays Queen Elizabeth II– the current queen– as she has weekly audiences with all the prime ministers during her long reign as monarch. Helen tells me some of the actors who were with her in the West End will come here, but American actors will also be cast. (This should be interesting.)

Between now and rehearsals in February, Helen will fit in one more movie, “Eye in the Sky,” with Colin Firth, directed by Gavin Hood.

Now: bigger question– Stephen Daldry directs “The Audience.” He also directs “Skylight” with Carey Mulligan and Bill Nighy, a huge hit in London which everyone expects on Broadway next spring as well. What happens now? Will “Skylight” wait a year? Will Daldry just sleep on West 45th St. and be carried back and forth among theaters?