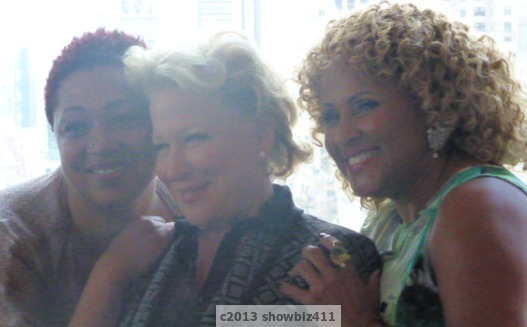 Darlene Love is having a good year. She was featured in the Oscar winning doc “20 Feet to Stardom.” That led to her singing on the Academy Awards from the stage when she and director Morgan Neville accepted the gold statue.

Now Little Steven from the E Street Band is putting together an album for Darlene. Steve van Zandt has time off because Bruce Springsteen won’t be touring with the band this year or most of next. At least, nothing is planned for now.

So Van Zandt, champion of great pop and rock singers, has gotten a bunch of songwriters to write new tunes for Love. Among his contributors is Springsteen, Elvis Costello, Brill Building legends Barry Mann and Cynthia Weil, and maybe even Carole King.

Van Zandt tells me he’ll record Darlene for his own label. He’s quite an entrepreneur. van Zandt also has his Underground Garage channel on Sirius XM. And he’s very involved in the Norwegian TV show import “Lillyhammer.” He stars in the show and serves as Executive Producer.

As for Darlene, if you’re unsure of who she is: she was a regular hitmaker for Phil Spector in the early 60s, recording for him but being paid, essentially, nothing. In the 80s she appeared as Danny Glover’s wife in the “Lethal Weapon” series. A favorite of contemporary musicians, Darlene still packs a wallop when she sings. She appears every holiday season on David Letterman with Paul Shaffer, singing “Please Come Home for Christmas.”