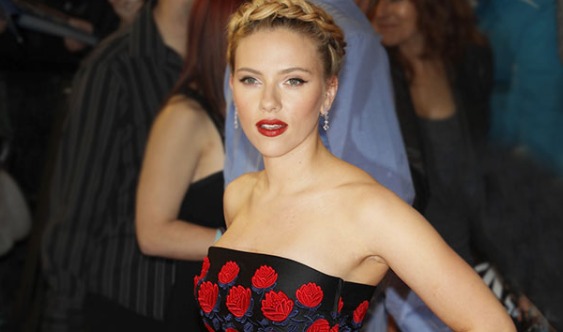 Scarlett Johansson, nine months pregnant and unable to do any promotion, outwitted The Rock last night. Scarlett’s
fans said a definitive “I Love Lucy” to her new movie, which took in $17 million. The movie is about how to use more than 10% of your brain power. “Lucy” did just that, beating Brett Ratner’s “Hercules,” featuring The Rock aka Dwayne Johnson.

“Lucy” is heading to a $46 million weekend. “Hercules” will take a beating at $30 million. Of course, “Hercules” should do well abroad, where action speaks louder than words. It’s interesting, too, because even “Hercules” got some pretty good reviews. Maybe movie goers are just tired  of “300” and “Game of Thrones” type product. Or maybe they’re getting bunions from wearing sandals.

On the indie circuit, Woody Allen’s “Magic in the Moonlight” had a great first night. “Boyhood,” a certain Oscar nominee, continues to boom. “Begin Again” is also doing well, benefiting now from a hit soundtrack.