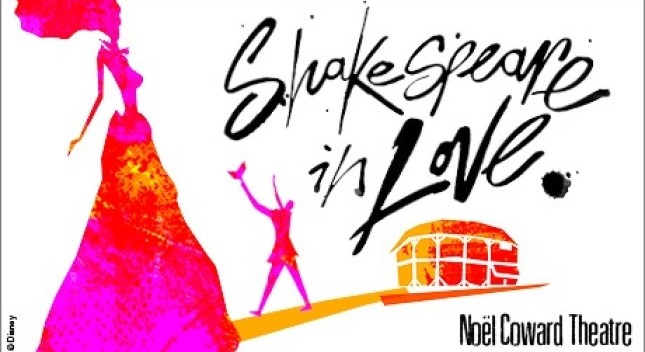 The stage version of “Shakespeare in Love” opened in London’s West End last night and got rave reviews from all the papers. It’s not a musical but it is produced by Disney thanks to their long ago association with Miramax and Harvey Weinstein. Harvey piloted “SiL” to a Best Picture Oscar in 1999, beating “Saving Private Ryan” in one of the famous Oscar upsets in history.

Now “SiL” is a sure thing for Broadway. The question is, when? Disney could bring it in this winter or next spring to qualify for the Tony Awards, or wait until Fall 2015 and let it simmer. Either way, “SiL” is a sure bet for New York in the not too distant future.

When I was in London two weeks ago I did manage to catch a performance of David Hare’s revival of his mid 90s play “Skylight.”  Carey Mulligan and Bill Nighy star, and Stephen Daldry directed. This will be here in time for the Tonys next spring unless something strange happens. The show is an utter hit, with award winning performances by the two actors.

Nighy already starred in one British stage version, so this is his return.  He is just off the charts captivating as a well off Brit whose wife has died. He visits his former mistress– Mulligan– with the idea of getting her to come back. After “An Education,” Mulligan has waffled a bit in her other movies. But “Skylight” could win her a Tony and accolades everywhere. She’ll be the toast of New York. Daldry and the play are certain to be just as welcome. People will be lining up left and right to buy tickets.

Another great British production coming to the US soon will be the Royal Shakespeare Company’s “Wolf Hall” and “Bringing out the Bodies.” These are based on Hilary Mantel’s highly praised books about Henry VIII and Thomas Cromwell. I only saw “Bodies” because of the alternating schedule, but it was magnificent. The plays will likely come to the Brooklyn Academy of Music next year. Again, a guaranteed hit.