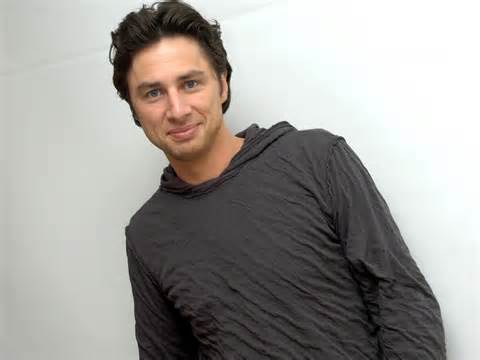 Zach Braff’s “Wish I Was Here” finally made it into theaters this weekend in a limited release. You may recall this film was launched as a Kickstarter project that raised $3.1 million from 46.520 donors. The donors, at different levels, were supposed to receive a variety of perks from a free t shirt to a live online screening hosted by Braff.

But now hundreds of them are voicing their disappointment on the Kickstarter comments page. Apparently, the online viewing has been a disaster. And the t-shirt, commonly described as “flimsy,” was sent to foreign donors with such a high value printed on its customs declaration that the fees for accepting it have almost equaled the donors’ original pledge.

Of course, similar problems happened when “Veronica Mars” was released this past winter. On that Kickstarter page, there are dozens of complaints about not receiving gift rewards or the inability to view the movie on the Flixster service.

But the “Wish I Was Here” furor is pretty strong right now. One common theme is a screw up over the online viewing of the movie prior to its release. International donors weren’t able to stream the whole film. There was short window in which the link to the film was “live.” But it didn’t account for time zone changes and something called “geo blocking.” Again, hundreds of donors were left high and dry.

A donor named Thomas Hempel wrote on July 13th: “Geoblocking? What the heck…I can’t remember that you had any problems taking money from outside the US. To be honest, I feel cheated.”

It’s also unclear whether the movie had all three of its showings. It seems like only one online hosted screening occurred. And again, many donors missed it, and then it was gone, with no repeats.

And the t shirt business didn’t make people happy when they had to fork over big customs fees for a shirt that was supposed to be a perk of their donation.

One fan named Ricardo wrote on the Kickstarter comments: “It feels like we were asked to a party with all the cool people, then got there and the bodyguard didn’t find our names on the guest list. The cool people get in and enjoy the party, we stay outside in the cold listening to them partying in the distance. It sucks :/”

Another fan who didn’t his merchandise wrote to Kings Road Merchandise. This is the response he got:

“Our site quoted a June ship time and we apologize if there was different communication around these orders and being a little bit behind on the schedule. We have 30,000 customers with different bundles. These bundles will be shipping at different times as our inventory dictates. We fulfill the physical items as the WIWH team fulfills all screenings and soundtracks with email notifications. Your order will ship as soon as possible and we thank you for your patience and understanding.”

That answer was met with scorn from customers who are used to dealing with Amazon and other online retailers.

All the comments can be found at https://www.kickstarter.com/projects/1869987317/wish-i-was-here-1/comments

On a personal note, if it makes the donors feel better, almost none of the links sent by studios to reviewers for any movie, work at all. Between the passwords, signing in, downloading plug-ins, it’s extremely aggravating. You wish the DVD was here!