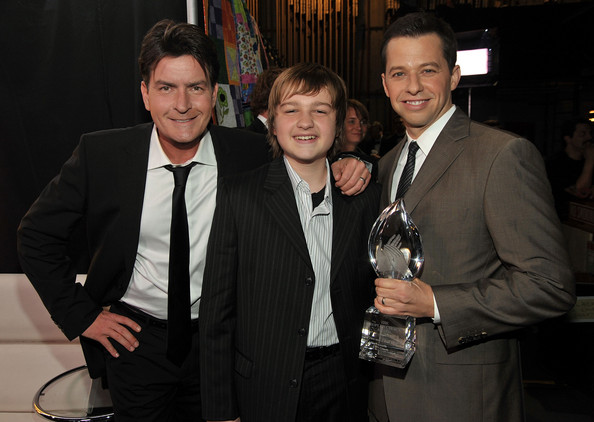 Waiting for the final season of “Two and a Half Men”? The CBS sitcom, awful in so many ways, has come up with a great plot to see themselves off the air. Ashton Kutcher and Jon Cryer will marry so they can raise a little boy they adopt together. Wretching? Yes. I know you are. The characters are not gay. But this will be some kind of nod to something– lunacy, stupidity, whatever. It makes no sense. But that’s what network TV is for.

When Charlie Sheen starred on “Two and a Half Men,” the so called comedy was notable for just being coarse and vulgar. But with Sheen gone, it’s just meandered into nothingness. Now, with nowhere to go, the writers have come up with this silliness. Sheen, whose character “died” two years ago, may return in some form. The faster this thing is off the air, the better. I guess they had to close it by adding a child since Angus T. Jones, who played Cryer’s son. left to become a religious zealot last year.

“Two and  a Half Men” ends its run without any Emmy awards (Cryer won one, but that was for being a good actor in a bad situation). By the way, wasn’t this already the plot of a bad Adam Sandler movie? Yes, it was.