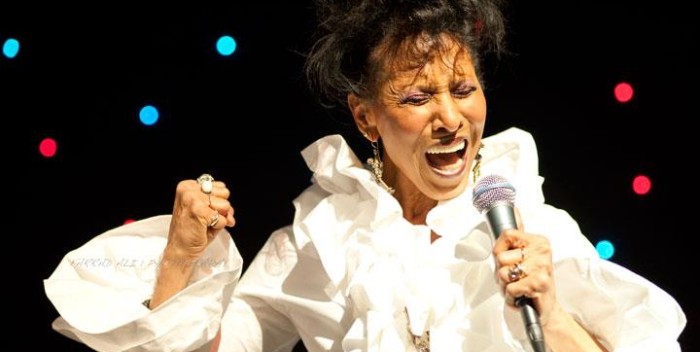 Patti Labelle and Sarah Dash are set to be at Joe’s Pub THIS MONDAY NIGHT JULY 7TH for pal Nona Hendryx’s show at Joe’s Pub. Talk about fireworks! Nona is one of our great R&B superstars. With Patti and Sarah she is, was, and will always be Labelle, singers of one of the greatest iconic songs in pop music history– “Lady Marmalade.” That line from the song almost got them banned on radio, then became the most memorable hook ever.

At Joe’s Pub, Nona will be mixing up soul, blues, and pop. Her voice is better than ever. and her band rocks. Consider that Labelle started in 1962 when the ladies were teens and called the Bluebelles.. At one point in the late 60s, their piano player was a Brit named Reggie Dwight. A couple of years later he was a star himself, known as Elton John. “He was a baby.”

In the early 70s, Labelle recorded a now classic album with Laura Nyro called “Gonna Take a Miracle.” Download it now and it sounds brand new.

Nona is a proficient songwriter. One of the numbers she’ll do Monday night is “Let’s Give Love a Try,” a boiler of a hook that would have been a hit back when there was radio. She also has a number called “The Ballad of Rush Limbaugh.” “He’s such an evil person,” Nona declares. “I think he believes some of what he says, but I think he’s just taking the piss…”

Over the years, Nona and Labelle toured with the Stones, and with the Who. “I don’t think the audience heard a note we sang,” Nona recalls, “there was so much shouting and screaming for the Stones. They had a private plane. We went commercial. But we got to know them really well.”

During the early 70s, Labelle made a transition to a harder rock sound and the “Lady Marmalade” chapter. In the beginning Patti was wary, Nona says, “but then look at the pictures. She really embraced it.” When “Marmalade” was recorded, Nona says, it took a lot to convince everyone to release it. “It was an exciting time. We got a chance to do a lot of things we dreamed about.”

The song and the record are one of a handful that have transcended the culture. It was co-written by the Four Seasons’ Bob Crewe, and Kenny Nolan. Allen Toussaint produced it in New Orleans. “It had a great catchy hook, and we didn’t know what it meant.”