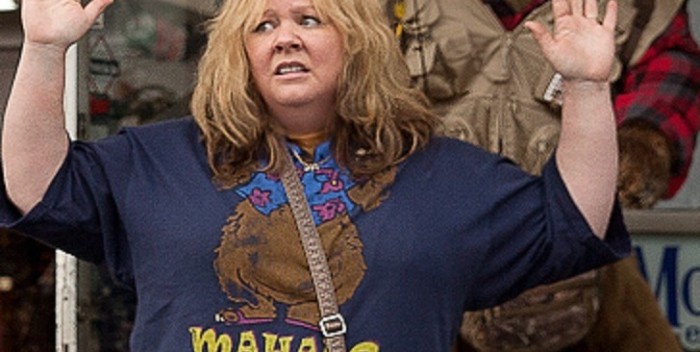 “Tammy” was a hit song long ago by Debbie Reynolds, America’s sweetheart. Now it’s a movie starring Melissa McCarthy, directed by her husband, Ben Falcone. How times have changed! Tammy is no longer a starry eyed love struck young woman. In the new world, Tammy is pretty much Curly from the Three Stooges. No one wants to see this.

On Wednesday, “Tammy” opened to $6.2 million including Tuesday sneak peeks. The forecast calls for pain, to quote Robert Cray. Predictions are that “Tammy” may just hit $30 million for the Weds-Monday slot. Look, it couldn’t have been that expensive.

Anyway, it’s not like it’s a good movie. 67 bad reviews on Rotten Tomatoes? Go see “Begin Again.” Save “Tammy” for an airplane ride or Netflix. Catch Melissa McCarthy on TV for free.