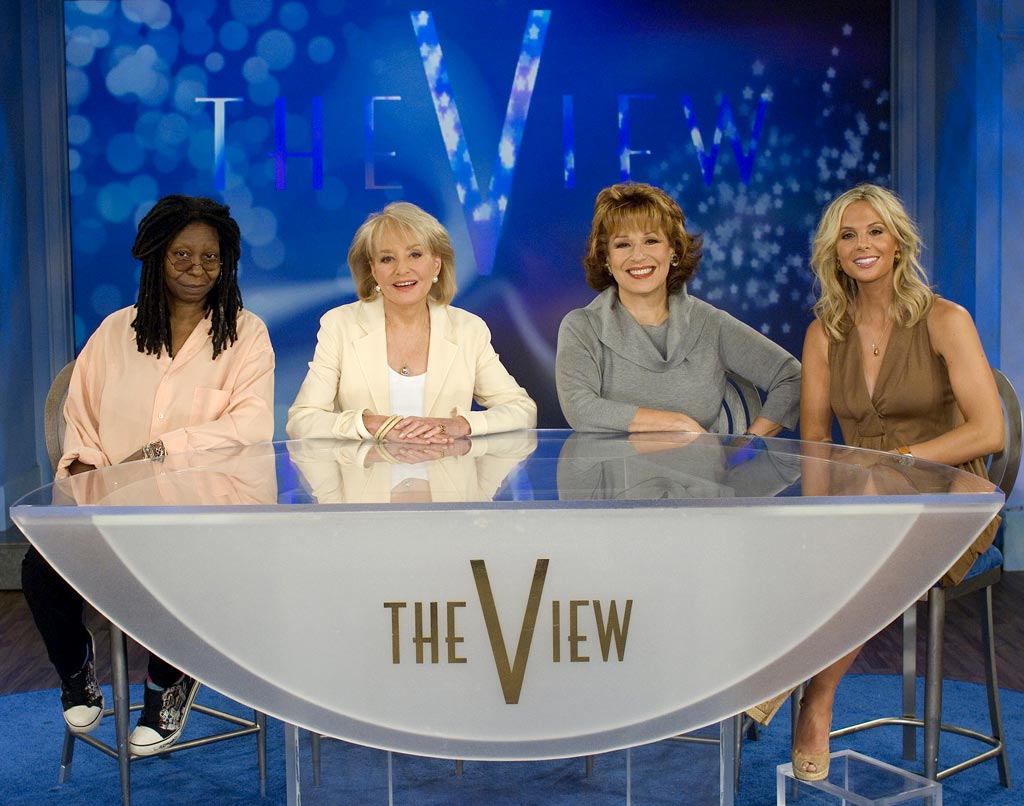 ABC News is in disarray, but it’s not too surprising. Tonight, Sherri Shepherd and Jenny McCarthy were unceremoniously dumped from “The View.” With Barbara Walters “retired,” this leaves just Whoopi Goldberg at the desk. Today’s– Friday’s– show was taped. But on Monday “The View” will return with what? Whoopi just sitting there by herself. Or all the lame ducks will be back. And it sounds like Walters’ long time producer Bill Geddie is out, too. It will be a Manic Monday on “The View.”

Meantime, Diane Sawyer was ousted from the Evening News for being, let’s face it, old. She’s 69 and had no plans to retire or leave the show. There was no reason to replace her except that ABC wants the older folks off the screen ASAP. Diane is being replaced by 41 year old David Muir, who has no business anchoring an evening newscast. He’s just young and good looking.

At the same time, George Stephanopolous, who used to be young, was passed over for Sawyer’s job. But since Muir won’t be trusted if something actually goes wrong in the world, George is now designated to report world or national emergencies at whatever time they strike. LOL. ABC is saying Muir is just being trusted to sit there and not play with any of the dials, call upstairs if war is declared.

Barbara Walters: well, she never really retired. Three weeks after her retirement “special” on “The View,” Walters scored a coup interview with the father of the Santa Barbara killer, Peter Rodger. Then she came back to “The View” to promote the Friday night interview. Clearly, as I quoted her a year ago, Barbara did not retire. ABC just wanted her 85 year old face off the air as much as possible. She and Sawyer should sue them over ageism.

What now for “The View”? Brooke Shields was who Walters wanted a year ago and couldn’t get. Maybe now she’ll join the panel. Rosie O’Donnell could come back. She tested for it in February and was great. Walters could put on a mask and pretend to be 30. Why not? I think Caroline Rhea would be a good addition. So would Lisa Ling. But no one asked me.

PS Shame on ABC for what they did to Diane Sawyer. I think her viewers will flip to Scott Pelley or Brian Williams. Sawyer should speak up, too.