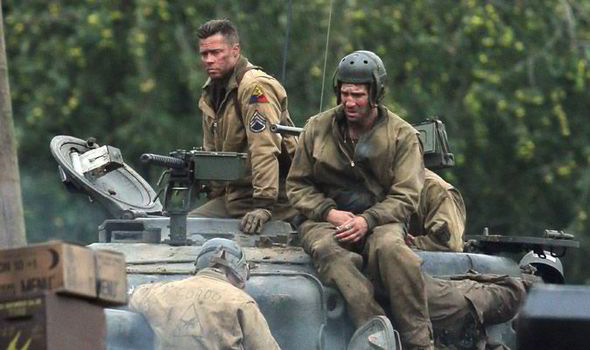 Will “Fury,” Sony’s big World War II epic, make its November release date? Hard to say considering that a casting call went out today for re-shoots beginning July 1st in Los Angeles. The mega-expensive looking explosive fest is seeking two new actors to play SS officers, even though characters sounding like them already appear to be in the film.

“Fury” stars Brad Pitt and Shia LaBeouf, with a huge cast that includes Logan Lerman, Scott Eastwood, and Michael Pena. (It’s all guys, too. There are no women, which means no love story. There isn’t even a token well-known young actress.) David Ayer, who made the highly respected but grim “End of Watch” iwth Pena and Jake Gyllenhaal, directs.  John Lesher and Bill Block are the producers.

For Pitt, troubled reshoots are no stranger. “World War Z” endured almost an entire reshoot before it became a big hit. But “Fury” isn’t produced by Pitt’s company, Plan B. And the need for two more actors (at least that’s what’s public) suggests either the story doesn’t make sense, or has to be altered.

Last week, Sony released a mini teaser trailer for “Fury” and it looked pretty good. But it also looks pretty expensive, too- a lot more than the advertised $80 million– at least twice that.

Will “Fury” make November? Or will it join Warner Bros’ Wachowskis’ movie in February 2015? This is why everyone in Hollywood still lives on Mylanta and Xanax!