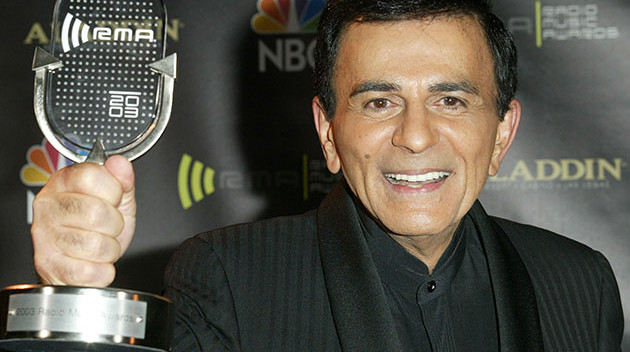 Legendary deejay Casey Kasem has finally passed away at age 82. He’s at peace, after being tortured by his family in a tug of war that went public, became incredibly unseemly, and included meat being thrown down a Seattle driveway.

His daughter Kerri released a statement on Facebook this morning: “Early this Father’s Day morning, our dad Casey Kasem passed away surrounded by family and friends. Even though we know he is in a better place and no longer suffering, we are heartbroken. Thank you for all your love, support and prayers. The world will miss Casey Kasem, an incredible talent and humanitarian; we will miss our Dad.”

Now the fight begins for his money. This will pit his shall we say eccentric widow, Jean Kasem, who played a loon very well on “Cheers,” against his children. How long before they’re all in court? A day? Two?

Casey Kasem’s legacy is “American Top 40.” He took what everyone from Cousin Brucie to Wolfman Jack did and packaged it. He was the Ryan Seacrest of his day. In the 70s and 80s, you couldn’t get away from Casey’s upbeat delivery of the hits on every station around the country.

His signature line: “Keep your feet on the ground and keep reaching for the stars.”

But Casey became one of the stars, earning millions from “American Top 40” and many other business ventures. He was also the voice of Shaggy on the “Scooby Doo” TV series.

The result should be a good sized public dispute over his estimated $80 million estate. His theme park like mansion and grounds were put on the market for $42 million last year. So far there are no takers. Here’s a description of it: http://la.curbed.com/archives/2013/04/casey_kasem_lists_ridiculous_holmby_hills_house_for_42mm.php