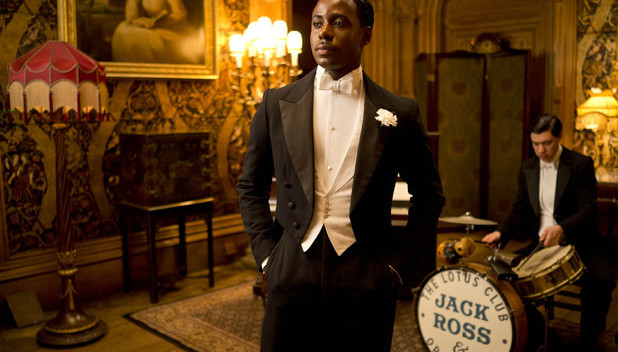 “Bolden!” is back. The $100 million plus movie about obscure jazz musician Buddy Bolden is going to be re-shot this fall. The “Citizen Kane” type producer-director-writer of this fiasco is Dan Pritzker, heir to the Hyatt Hotel chain.

He shot the entire movie, starring Anthony Mackie, seven years ago. But then he didn’t like it, and decided to re-shoot it.That was a problem, however, since Mackie has become a big star, and was busy doing other things. The actor declined an offer to return. Pritzker had to recast, so he hired Gary Carr, the unknown actor who played a jazz singer last season on “Downton Abbey.”

The warning to casting agents, says my source: “Don’t submit anyone who’s uncomfortable with this.”

All this to depict the life of Buddy Bolden, who must be heaven telling Miles Davis, Charlie Parker, and Duke Ellington this story with great bemusement. I’m sure they’re getting a kick out of it, too. Apparently, in the new version of the film Buddy will have a a quartet of “ravenous women” who are loyal followers and sexual partners. (In real life, Buddy Bolden spent his post jazz years, 1907-31, in a sanitarium, where he suffered from alcoholism and schizophrenia.)

All of this is going to be directed toward Carr, who somehow doesn’t exude this voracious ladies’ man quality. But Pritzker obviously knows what he’s doing.