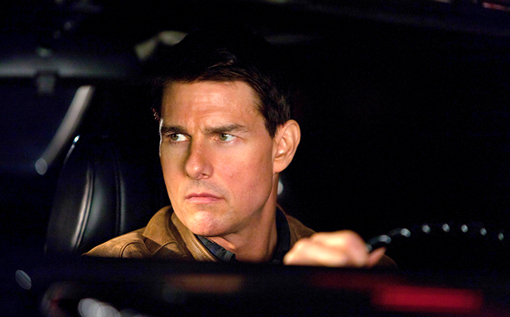 Here’s a weird irony that was unexpected: Tom Cruise has made a good movie but it seems like no one wants to see it.

“Edge of Tomorrow” opens tomorrow, directed by Doug Liman, and it’s pretty good. In fact, it’s the best thing Tom Cruise has been in, in a long time. When you think of “Oblivion” and “Valkyrie” and endless “Mission Impossible” movies– I mean, really, Cruise’s original non franchise films that really worked are “Jerry Maguire”– 1996!–and “Minority Report” (2005).

“Edge” is around 90% on Rotten Tomatoes– getting great reviews. But the early international release appears to be a dud- $26 million so far including the UK. Of course it hasn’t opened yet in South Korea, where Tom is strong, or Russia and China. And “Edge” hasn’t been seen yet in Australia- there are a few Aussie actors in the pic so that may help.

But word is that tracking in the US is soft, and that “Edge” may have a disappointing launch. How funny– well, not haha funny– would that be? Cruise finally comes through and everyone shrugs. I sure hope it doesn’t work out that way. We’ll have to wait and see.