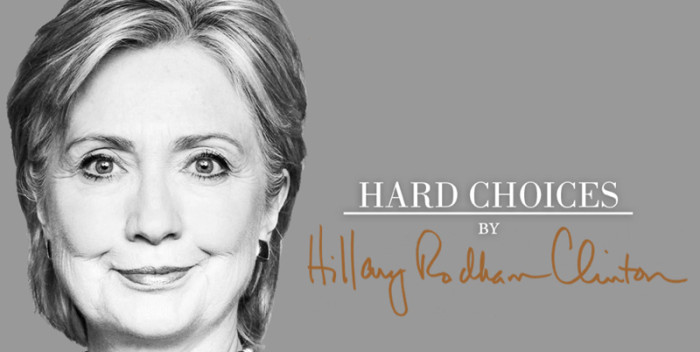 As we await the publication of Hillary Clinton’s “Hard Choices” next Tuesday, here’s a little more about her ghostwriter, Ted Widmer. Like Bill Clinton, Widmer has a musical background. He was once part of the stunningly unsuccessful Boston rock band called the Upper Crust. The group actually played gigs and appeared on Conan O’Brien’s NBC show. Widmer was called .Lord Rockingham during his 1995-97 term. (Correction thanks to some sharp readers!)

The group soldiered on without Widmer, putting out CDs and a DVD called “Horse & Buggery.” The premise was that they dressed like 18th century French aristocrats, wore the requisite white wigs, and spoke with English accents. This is our youth! Widmer emailed me: “…that was a lifetime ago — the early 90s. Was fun though.”

Not as much fun, I’m sure, as writing and researching “Hard Choices.”