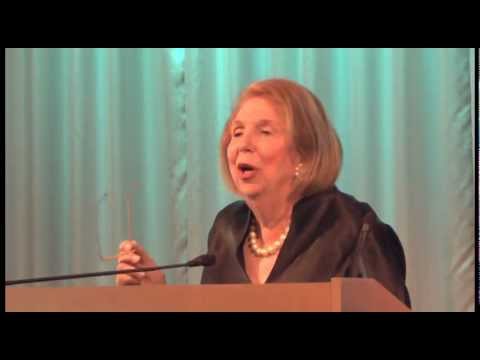 Last Thursday I was supposed to do a taped segment for the weekend with Joan Hamburg, the last remaining veteran star of what used to be WOR Radio here in New York. At the last minute I was advised something was wrong, the show wasn’t being taped, and I’d get a call. (Same thing happened to my pal Jill Brooke, who was going to talk about her book, “The Need to Say No.”)

This morning, Cindy Adams reports in the New York Post that Joan was fired on the spot on Thursday, and told to leave the station. After nearly 40 years, Joan Hamburg is out at WOR for no reason except that she’s too old, has too much experience and too loyal a following. Shame on them.

Clear Channel is replacing her with infomercials. The station is already jam packed with pre-paid sponsored ad shows pitching non FDA approved “health” products and all kinds of other crap that doesn’t work and you don’t need.

The only actual human being on the air is Mark Simone, whose show I’ve enjoyed being on for the last year. Otherwise, WOR is now all syndicated. Their morning show is a mess since the failure of replacing another vet, John Gambling, with a horrible show from Washington DC called “Elliot in the Morning.” It was cancelled almost immediately. The morning show now limps on without direction or ratings.

Clear Channel has miscalculated WOR. It was the station that made New York a small town. Listeners were loyal to Joan, to Gambling, to Dr. Joy Browne (gone a while now), cooking experts like Arthur Schwartz, and so on. You could call in to find out how to cook a turkey or find a restaurant for your wedding. WOR made a big city accessible, and created a community. That is now all but destroyed.

Joan Hamburg wasn’t just giving out recipes, by the way. Her topics ranged from literary to intellectual to Broadway, local politics, movies, whatever was of the moment. She’s part of a very with it family: husband Mort is a well known attorney, son John is the screenwriter of “Meet the Parents,” daughter Lizzie has regularly filled in for her. Joan’s first cousin was the legendary Iran-Contra lawyer Arthur Liman. His son is Doug Liman, director of the new Tom Cruise movie “Edge of Tomorrow.” These are not small potatoes.

Before Clear Channel bought Buckley Broadcasting, the station prepared for the acquisition by cancelling Joey Reynold’s popular overnight local show and replacing it with George Noory’s “Coast to Coast.” Noory mostly entertains wackos, but they’re all fun, discussing alien abductions and UFOs. Noory also plays excellent music at the top and bottom of each show. But now even that’s gone, as the station has made some deal with the Devil for Mets games. They actually repeat these little tragedies in the middle of the night. I’d laugh if it weren’t so sad.