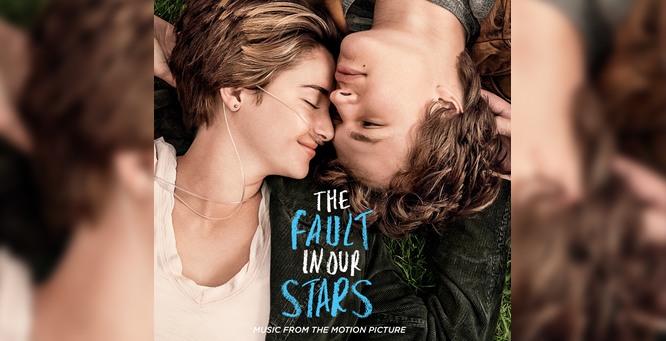 First Justin Bieber, now someone named John Green. I know, he’s the beloved author of the teen swoon melodrama “The Fault is in Our Stars.” But just as the Beebs hoped Anne Frank would have been a Belieber, Green picks the Anne Frank house in Amsterdam as the spot where his romantic (and cancer stricken) teen couple can make out. This is followed by slow clapping from the other tourists visiting the most famous spot in the world where Jews hid from the Nazis. Why not?

The fault is with the writing and directing. But nothing I say can take away the experience of Josh Boone’s ham-fisted weeper from teenage girls. Last night at the Ziegfeld, there were oodles of them. I myself brought two. They all cried, wept, screamed, shrieked, through the length of this rather interminable film. These girls have not seen “Love Story” or “Brian’s Song.” They don’t know from tragic star crossed romance. They know nothing of “Romeo and Juliet.”

Whose fault is that?

Bottom line for Fox: my nieces loved it. They will see it again. You know, ice cold water runs through Uncle Roger’s veins. But you knew that.

There is a marketing and sales phenomenon around “Fault,” the novel, by Mr. Green. All the fangirls know it. They want to indulge the most morbid fantasy of having your one great love attend your funeral, read a eulogy, and throw themselves on the casket. I don’t know what Green’s book is like. I do know the movie is beyond insufferably hokey. Boone has no directing style, but then again, he’s not working with much. Think of some recent teen movies that really hit home. I kept recalling another Fox movie, “Juno,” and another, “Napoleon Dynamite,” while “Fault” played. They were authentic and organic.

“Fault” is a glorified TV movie, an afterschool special that intermittently rises to the occasion. That’s because Shailene Woodley, Oscar nominee for “The Descendants,” literally carries the film on her back. Ansel Elgort (son of fashon photog Arthur) starts out wobbly as her teen lover. He loves to mumble. But every once in a while he gets Woodley’s rhythm. Nat Wolff (son of “thirtysomething” star Polly Draper and musician Michael Wolff) is the capable self-deprecating sidekick.

The movie has great lapses of reality. Elgort’s character, Augustus, seems to live in a void. He has terminal cancer and his leg has been removed. But his parents are one dimensional cardboard cutouts. They look like they were found in a stock photo in a West Elm frame. The talented Laura Dern tries to make something out of Woodley’s mother. She tries so hard. But she’s also just window dressing in Boone’s world. When she takes the kids to Amsterdam, for example, they go out to a fancy dinner, meet a famous author, and have moonlit walks. She stays in the room, maybe carving wooden shoes.

But this is this generation’s dumbed down “Love Story” (and that’s saying a lot since “Love Story” was no Mensa meeting). It’s not about the parents. It’s about the kids. It’s about love being “always.”  Young girls clutch this book to their bosoms and sob. Now they’ll do it in the movie. Will it be a big hit? Sure. This weekend, cineplexes will swell with 14 year old girls carrying Kleenex boxes. I doubt a male, straight or gay, will find much use for it.

PS A note to the fan girls: please read “The Diary of Anne Frank.” Everyone from that house except her for Anne’s father was taken out and killed. There was no making out. John Green, get a grip.