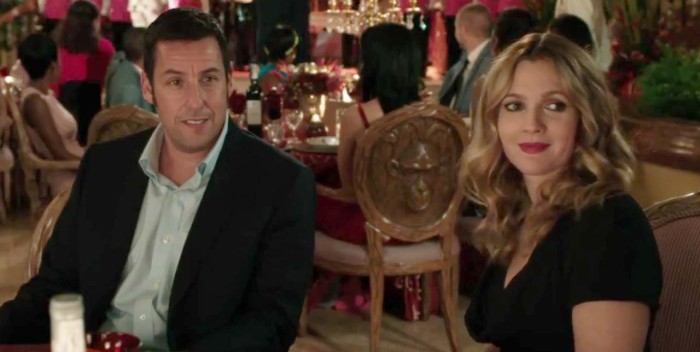 It’s not a happy Memorial Day weekend for Adam Sandler. The former “Saturday Night Live” star and purveyor of low brow humor had his second worst opening in the last seven years with “Blended.”

Actually. I’m amazed that $14 million worth of human beings went to see this thing. The movie had a 15% rating on Rotten Tomatoes and almost no press. But people are slow to give up even when the ship left the dock some time ago.

“Blended,” with Drew Barrymore along for whatever, also saw Sandler move to from Sony to Warner Bros. I’m sure the latter is thrilled.

Sandler has had his moments. There’s a great affection for “Happy Gilmore,” “The Wedding Singer,” and his Chanukah song. Other than that, these crap comedies have got to stop. They are unwatchable. “Blended” will be gone by next week. But Sandler no doubt has more of these mindless things in the pipeline.

Not say that Adam Sandler can’t act: I’m a “Spanglish” fan. He was interesting in “Punch Drunk Love.” Now that’s he made zillions and probably has 12 homes, Sandler should try and focus on something with substance. I’m just worried he’s plotting “Grown Ups 3.”