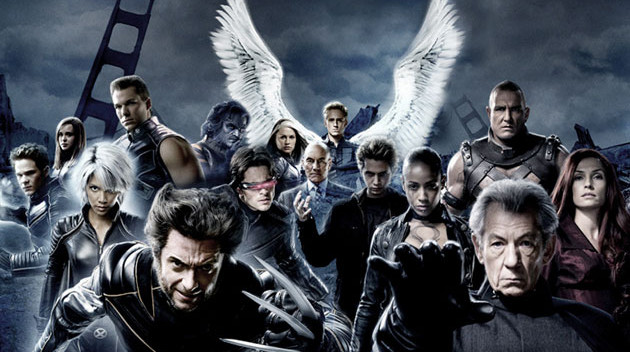 Chris Turcotte is in his early 30s. He lives near Providence, Rhode Island and works for a self-described witch (she’s Wiccan) who runs a business distributing sex toys. But in 1999, Turcotte was an aspiring teen star in Hollywood who was best buddies with another teen wannabe star, Michael Egan Jr.

Egan is now suing four prominent Hollywood executives for sex abuse when he was a teen.Today Egan’s lawyer says he’s passed a liar detector test. And Singer has asked his lawyer Marty Singer to file for a dismissal of all charges.

Now on the eve of the premiere of “X Men: Days of Future Past,” Turcotte tells me Egan is lying.

Egan’s cases against Bryan Singer, Garth Ancier, David Neumann, and Gary Goddard were weakened this week when this was revealed: Egan, deposed in 2003 for an earlier case, testified that Neumann never touched him.

Turcotte isn’t surprised. He told me last week in a series of phone calls he was convinced Egan was making up stories of being abused by the men when he was underage. He has a theory, too: Turcotte told me that he thinks Egan may have filed the lawsuits as a preemptory move because he was afraid of what he’d said in interviews for a still unreleased documentary.

The film, by Amy Berg, supposedly traces the history of parties for underage teens especially boys, in Hollywood. Turcotte told me “Mike told Amy all kinds of stuff about those guys. Then I think he worried there would be legal trouble from them. So he went after them first.”

Turcotte says the clue that connects Egan to Berg is in Egan’s own words. “Amy’s company is called Disarming Pictures,” says Turcotte. “In Mike’s statement he talked about ‘disarming the pedophiles.’ That’s not a coincidence.”

Turcotte is from Rhode Island. But he says when he expressed a desire to be a teen actor, his mother packed him up and the family moved to Los Angeles. He went to San Fernando Professional School, where he — like Egan– met Scott Shackley. Scott’s older brother Chad was living in an estate with Marc Collins-Rector, where they threw parties for young people. Girls, nicknamed “Fish,” were allowed into the big parties but not the private ones. Boys were the target guests.

Turcotte says Egan was at least 16 if anything happened. “Mike’s lying about doing drugs over having [underage] sex with any of the defendants,” Turcotte says. He adds that Bryan Singer, especially, was very careful about getting I.D. from anyone he was interested in.