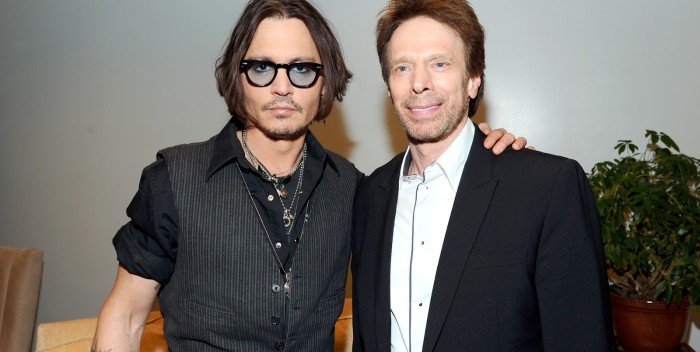 Big party at the Monkey Bar on Wednesday night– swanky, I’d say– for beloved producer Jerry Bruckheimer and his 800 page coffee table book about his many successes. Many. From “Top Gun” to “Flashdance” to “CSI” on TV and the new possible “CSI Cyber” set in Washington DC starring Patricia Arquette. (Editor’s note: count me in on that, we are big PA fans.)

Wait– and yes, Shep Gordon, star of Mike Myers’ documentary “SuperMensch,” whom we’ve been lucky to have hang around New York for a few weeks. Wait til you see “SuperMensch.”

And wait til you see Jerry’s mammoth book, a great Christmas present for next winter, a must-have for film buffs right now. This is the man who invented Tom Cruise, let’s not forget that. “Top Gun” and “Days of Thunder” put Cruise on the map forever.

Bruckheimer told me he’s starting to think about a new “Pirates of the Caribbean” movie. Why not? The first 4 have made $3.7 BILLION dollars. But will Johnny Depp’s recent box office failures (Lone Ranger, Transcendence) affect him now?

“No,” insisted Bruckheimer, who knows his business better than I. “Before Pirates, Johnny did a lot of small movies. He even said, as the box office was coming in on the second Pirates, that all his previous movies hadn’t added up to that one at the box office. That’s not what he’s about. He’ll be fine.”

Michael Douglas was brave to make the scene. He was limping. After everything he’s been through, he either has a hernia or a pulled muscle in his groin. Jeez Louise. Tomorrow he goes to the doctor.

But Douglas was otherwise in fine form. He even read an email (used to be it was a telegram) from basketball legend Miami Heat coach Pat Riley. The trio are old pals.

At any rate, Bruckheimer’s book is called “When Lightning Strikes,” which sounds a little humble since the producer’s long list of hits is not just from luck. You can buy it on amazon at http://www.amazon.com/Jerry-Bruckheimer-Lightning-Filmmaking-Editions/dp/1423130693