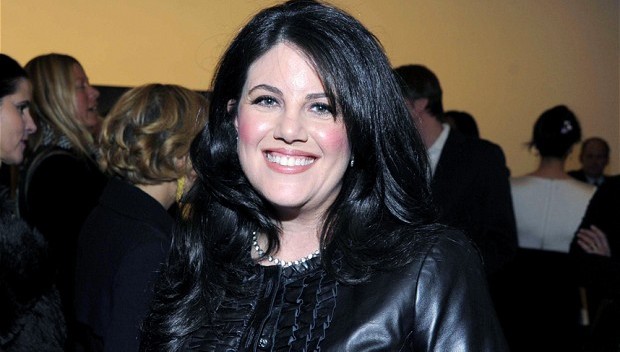 Monica Lewinsky has written an essay in the new issue of Vanity Fair. She says: “It’s time to burn the beret and bury the blue dress.” She adds: “I, myself, deeply regret what happened between me and President Clinton. Let me say it again: I. Myself. Deeply. Regret. What. Happened.”

She does say that the affair– yes, they had sex, even though Clinton said it was otherwise– was “between two consenting adults.”

Lewinsky writes how the episode changed her life. “Sure, my boss took advantage of me, but I will always remain firm on this point: it was a consensual relationship. Any ‘abuse’ came in the aftermath, when I was made a scapegoat in order to protect his powerful position…. The Clinton administration, the special prosecutor’s minions, the political operatives on both sides of the aisle, and the media were able to brand me. And that brand stuck, in part because it was imbued with power.”

After the scandal, Lewinsky traveled and received a Master’s Degree from the London School of Economics.

But her history was always an issue on her resume. “I was never ‘quite right’ for the position. In some cases, I was right for all the wrong reasons, as in ‘Of course, your job would require you to attend our events.’ And, of course, these would be events at which press would be in attendance.” The result is that she’s “managed to get by (barely, at times) with my own projects, usually with start-ups that I have participated in, or with loans from friends and family.”