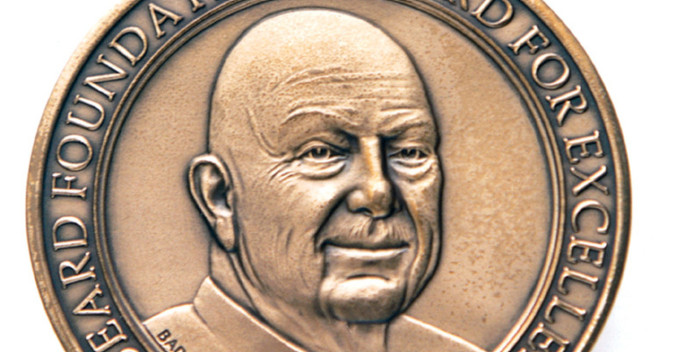 Tonight: the embattled James Beard Foundation gives a bunch of awards to restaurateurs. On Friday, they handed out their journalism and media awards. I’m told the food was lousy, which is funny.

Not so funny: the Foundation is a not for profit, 501 c 3. Set up in memory of the famed chef James Beard in a townhouse on West 12th St., the Foundation lists its mission “to celebrate, nurture, and honor America’s diverse culinary heritage through programs that educate and inspire.”

Ten years ago, in 2004, the Foundation was embroiled in a huge scandal over misappropriation of funds. Members of the board resigned. It was a big mess.  The New York Times reported that “an internal audit had found that the former board president, Leonard F. Pickell Jr., had misused hundreds of thousands of dollars in foundation money.” Of $4.7 million in income, only $29,000 was used for scholarships. He was later convicted of fraud.

These numbers should make everyone attending Monday night’s event a little queasy:

Another $70,000 was divided between the Mario Batali Foundation ($20,000) and one named for French legend Paul Bocuse ($50,648). Back in 2004, Batali admitted to the New York Times: “I vote on best chef Southeast with perhaps never having eaten at any of the contending chefs’ restaurants, which in truth results in little more than a popularity contest.”

Even the event planner for the 2012 James Beard Awards, David Bowen of Philadelphia, got more about twice as much as  the students; he received $296,000.

Indeed total salaries for 2012 broken down this way:

Other salaries and wages: $1.5 million

“Other”: $922,074. That’s almost a million dollars for unspecified something. Spatulas?