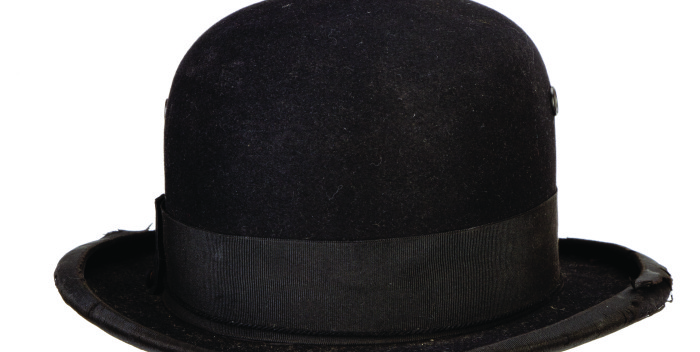 Hollywood legend Debbie Reynolds— sometimes known as Princess Leia’s mom (Carrie Fisher, in real life, so to speak) – was always smart about collecting Hollywood memorabilia. She’s had a museum, and I believe she’s had some pieces up for auction in the past. But now Reynolds is putting her big pieces up for auction on May 17th and 18th at the Debbie Reynolds Dance Studio in North Hollywood, California. I think all proceeds go to Debbie Reynolds. And why not? Her generation of performers never received the astronomical amounts paid today to stars. Plus, the business manager husband after Eddie Fisher ripped her off.

Here’s a list of what’s up thanks to auction house Profiles in History:

The Famous Debbie Reynolds Touring Pair of Ruby Slippers From The Wizard of Oz!  These slippers were on permanent display at the Debbie Reynolds Hotel and Casino in Las Vegas (The Hollywood Motion Picture Museum) and were exhibited next to her famous Arabian-pattern Ruby Slippers from 1994 to 1998.  The slippers are a faithful recreation by Western Costume Company, who made the original Ruby Slippers for The Wizard of Oz.  They are red sequined, 2-inch heel pumps with red bugle beads and round and rectangle faceted stones accenting the bow. The slippers are lined in yellow kid leather, each featuring a “Western Costume Co. Hollywood” label typewritten “Judy Garland” and “Wizard of Oz”. Western Costume Company created these replica slippers in 1989 to coincide with the 50th anniversary of the film’s release. Originally sold for $5,000 per pair, these shoes were hand-made to the exacting standards of the originals, from the same patterns, and a very limited number were created. In November of 2013, one of the 15 replica pairs sold at auction for $35,000.
Auction Pre-sale Estimate: $30,000 – $50,000

Signature Orson Welles’ “Kane” Mink Coat From Citizen Kane. (RKO, 1941)
One of the greatest American films of the 20th Century, Citizen Kane was nominated for eight Academy Awards and earned Orson Welles an Oscar for “Best Writing, Original Screenplay”. Welles was just 25 years old when he directed, co-wrote and starred as “Kane” in his very first feature film. Under the costume supervision of Edward Stevenson, this mink coat served as a symbol of the wealth and position of the character in the film. It is a significant piece of movie history from one of the most celebrated and acclaimed films of all time!
Auction Pre-sale Estimate: $40,000 – $60,000

Historic “The Rat Pack” Tuxedo Ensemble: Frank Sinatra, Dean Martin, Sammy Davis Jr., Joey Bishop and Peter Lawford. Exceptional suite of (5) tuxedo ensembles representing the principal members of the Las Vegas “Rat Pack”, namely Frank Sinatra, Dean Martin, Sammy Davis Jr., Joey Bishop and Peter Lawford. Debbie Reynolds was very close friends with the members of the Rat Pack and she directly obtained these personally-worn tuxedos from each of them; the only exception being the Lawford ensemble – a tailcoat and matching pants from his screen role in Mrs. Parkington – obtained at the famous MGM auction. Each of the other four ensembles consists of tuxedo jacket and pants, and white shirt (except Davis’ which is dark pink). Some of the ensembles include accessories like vests, cufflinks, bowtie, etc. Martin, Davis, Sinatra and Bishop groupings include shoes (Bishop has signed both soles). Lawford’s tail-suit contains original MGM labels marked for him. This is a prized grouping from Ms. Reynolds’ collection, representing a cornerstone of her Las Vegas museum.
Auction Pre-sale Estimate: $20,000 – $30,000

Panavision PSR-148 35mm Camera Used on The Exorcist, The French Connection and Other Classic Films. (ca. 1950s-1980s) The Panavision PSR-148 was one of the original Panavision cameras. The PSR (Panavision Silent Reflex) was a remarkable camera in that it took the Mitchell technology and upgraded it to the highest technological possibilities available. This PSR had photographed hundreds of motion pictures in its original configuration as a Mitchell BNC owned by Metro Goldwyn Mayer. After Panavision partnered with MGM in the development of large format technologies for Raintree County and Ben Hur, Robert Gottschalk (president of Panavision) convinced MGM that he could develop a smaller camera to house the heavy equipment. Gottschalk began purchasing as many Mitchell cameras as possible, gutting the bodies so that the desirable movement could become the benchmark for their new, much smaller, lighter, and quieter camera. This is how Mitchell camera #251 came into Panavision’s machine shop where it was redesigned into the beautiful new PSR-148. Although records are difficult to track, interviews with cinematographers and camera assistants have discovered that PSR-148 was the “Master Camera” on Warner Bros. The Exorcist (1973), The French Connection (1971), The Gang That Couldn’t Shoot Straight (1971), Play It Again Sam (1972) and The Taking of Pelham One Two Three (1974). One of only a handful of privately-owned Panavision cameras in the world. Profiles in History sold Panavision PSR-153 used to film Star Wars in ‘Debbie Reynolds The Auction Part II’ for an astounding $624,000, which was in a similar configuration as the example here offered. In production-used, operational condition.
Auction Pre-sale Estimate: $100,000 – $150,000

Historic Mitchell NC Standard #257 35mm Camera Used to Shoot Dracula, Frankenstein, Pinocchio, Fantasia, and Effects for Star Trek: The Original Series. (ca. 1920s-1930s) This historic Mitchell NC Standard #257 camera has an incredible lineage. According to Mitchell Camera Corporation records, camera #257 was originally purchased by Universal Studios in 1929 and was used to film All Quiet on the Western Front (1930), Dracula (1931), Frankenstein (1931) and for special photographic effects for the re-release of 1925’s Phantom of the Opera. The camera remained in service at Universal until 1939 when Technicolor purchased the camera and rented it to the Disney Studio from 1939-1945. Some of Disney’s greatest works passed through this camera, including Pinocchio, Fantasia, Bambi and Dumbo. Technicolor loaned #257 to RKO Pictures Optical Effects Department for special photographic effects projects. It was there when multiple Academy Award-winning visual effects pioneer, Linwood Dunn, ASC, became familiar with what he considered one of the finest Mitchell cameras ever built. When Dunn left RKO in 1961 to start his own company, Film Effects of Hollywood, he rented Mitchell #257 and shot effects shots on West Side Story, It’s a Mad, Mad, Mad, Mad World and virtually any prestige production needing special optical effects, including Star Trek: The Original Series.
Auction Pre-sale Estimate: $40,000 – $60,000

Grace Kelly “Linda Nordley” Safari Outfit Designed by Helen Rose From Mogambo.  Worn by Grace Kelly as “Linda Nordley” arriving at the priest’s compound. It was also worn in the final scene of the film as she and her husband board the boat to return home in Mogambo (MGM, 1953).
Auction Pre-sale Estimate: $3,000 – $5,000

Gregory Peck “General Douglas MacArthur” Military Jacket and Shirt from MacArthur. This dark olive wool Eisenhower style jacket with 8th Army Air patch, chest pin, pair of stars on the epaulettes and a pair of U.S. pins on the lapel was worn by Gregory Peck as “General Douglas MacArthur” on television with the Japanese leader and when he is informed of his retirement in MacArthur (Universal, 1977).
Auction Pre-sale Estimate: $800 – $1,200

Disney Studio’s VistaVision Motion Picture Camera Used to Film Mary Poppins, Tron and Other Features Through the 1980s and Borrowed for Use on Star Wars. This was Disney’s only VistaVision camera and was used for visual effects composite shots on Mary Poppins (1964), Tron (1982) and other Disney films throughout the 1980s.  Academy Award-winning visual effects genius Richard Edlund of Industrial Light & Magic borrowed this camera for use in creating the effects shots on Star Wars (1977).
Auction Pre-sale Estimate: $60,000 – $80,000

Ingrid Bergman “Ivy Peterson” Period Dress Designed by Adrian from Dr. Jekyll and Mr. Hyde and Later Worn by Angela Lansbury in Gaslight.  Worn by Ingrid Bergman as “Ivy Peterson” when she visits Spencer Tracy (as Dr. Jekyll) at his office in Dr. Jekyll and Mr. Hyde (MGM, 1941). Three years later under the costume supervision of Irene, dark grey pleated material was added to the collar and back bodice for Angela Lansbury’s Oscar-nominated role as “Nancy”, when she is across the street from the house when Charles Boyer is apprehended in Gaslight (MGM, 1944).
Auction Pre-sale Estimate: $4,000 – $6,000

Wooden Chest From Quo Vadis, Julius Caesar and Valley of the Kings. Wooden chest with gold-painted metal ornaments and Greek key decorations. Used in Nero’s (Peter Ustinov) bedchamber when he receives the news of Petronius’ (Leo Genn) death in Quo Vadis (MGM, 1951) and in Julius Caesar with Louis Calhern “Julius Caesar” threatening Lana Turner (MGM, 1953) and in the tomb of the Pharaoh with Robert Taylor “Mark Brandon” and Eleanor Parker “Ann Barclay Mercedes” in Valley of the Kings (MGM, 1954).
Auction Pre-sale Estimate: $400 – $600

Extremely Rare Singin’ in the Rain Three Sheet Poster (MGM, 1952). Widely considered the most attractive poster for one of the best Hollywood musicals of all time, as well as the most beloved and respected title in Debbie Reynolds’ extensive film repertoire. This exceptionally well-preserved and complete oversize poster is, to our knowledge, the only known complete original in this format to be publicly offered for sale, as only a single incomplete version shows in auction records as changing hands some years ago. This is quite possibly the only opportunity in the conceivable future to own one of the greatest rarities in vintage film-poster collecting.
Auction Pre-sale Estimate: $3,000 – $5,000

“We are excited to produce our third and final auction for Debbie Reynolds, who spent most of her lifetime amassing the single greatest Hollywood collection in the world.  Her first two sales generated a world record $25 million dollars, so it’s nice to see the market appreciate the time and energy Debbie devoted to her collection,” said Joe Maddalena, owner of Profiles in History.