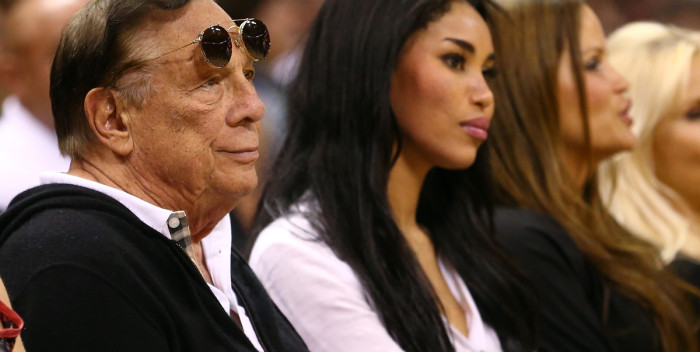 Donald Sterling, now the subject of much scorn, not only owns the L.A. Clippers and lots of real estate, but he also has a charitable foundation. According to the 2011-12 Form 990 for the Donald Sterling Foundation, Sterling reneged on a tuition to payment to St. Bernardine’s School in Woodland Hills for $10,000. According to the filing, “the disbursement was unintentionally made by the founder of the foundation.”  Sterling demanded his $10,000 returned, and the school sent it back.

Since Sterling isn’t Catholic, and his two living children are grown (a son committed suicide last year), it may be the child for whom the tuition was reneged had something to do with his mistress, V. Stiviano.

But who is this Stiviano? In public records all over the U.S. no such person exists. However, in a lawsuit filed against her on March 7th by Sterling’s wife Rochelle, Stiviano may actually be named Monica Gallegos. The lawsuit doesn’t mention the tuition or a child. But Rochelle Sterling does claim “Stiviano” is a gold digger who managed to get Rolls Royces and $1.8 million from Donald Sterling, as well as a condo.

Indeed “V.  Stiviano” is a corporate name for Maria Perez with many aliases. Here’s her Instagram page: http://www.enjoygram.com/vstiviano

The lawsuit was reported at the time by local CBS in Los Angeles and other outlets, but didn’t become national. It may have been the catalyst for TMZ suddenly releasing the now worldwide known tape of Sterling and “Stiviano” discussing his feelings about blacks in basketball and in life in general. The result is a firestorm. “Stivano” says she didn’t give TMZ the tapes, but history shows that a woman scorned on TMZ used to be called Mel Gibson’s baby mama. And she had loads of tapes.

The St. Bernardine’s tuition isn’t the first charity money Sterling has reneged on. In 2008 he pledged $50 million for homeless shelters in L.A. According to the L.A. Weekly, they’ve never been built. No record of such a shelter turns up in his foundation’s records.