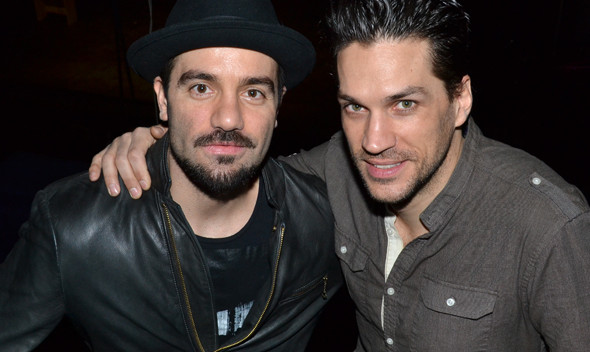 Broadway: the Tony Awards committee, a mysterious group that will decide who is nominated for what next week, has made a couple of last minute decisions. One of them pits two lead actors against each other in “Les Miserables.” The other turns a musical into a play. And those two decisions also affect, by coincidence, a married couple.

With “Les Miserables,” Ramin Karimloo and Will Swenson are now each eligible for a Best Actor in a Musical. Karimloo plays Jean val Jean, Swenson is Javert. Karimloo is making his American and Broadway debut. Swenson is a well liked past Tony nominee and a Broadway star. He’s also the husband of Broadway darling and Tony winner Audra McDonald.

McDonald stars in a revival of the musical “Lady Day at Emerson’s Bar and Grill.”  She plays Billie Holiday. It’s a musical. The Outer Critics Circle said it was, and so did the Drama League. They each nominated “Lady Day” for Best Revival of a Musical. The Drama Desk this morning just ignored it, but nominated McDonald for Best Actress in a Play. A play! With no music! She sings all through the show. There is wall to wall music.

Okay, this problem comes from persistent and relentless producer Jeffrey Richards. He’s been lobbying all the awards groups to make “Lady Day” a play and not a musical. Wise people ignored him. Some people– the Drama Desk– kind of ignored him.

Somehow he’s now persuaded the Tony Awards that “Lady Day” is a play. I guess when McDonald sang, they went to the bathroom. Or they were were tired of Richards’ annoying pleas. Anyway, that’s ridiculous. But with today’s Tony committee decision, the uber-talented Swenson-McDonald household can be very happy.

Do I disagree with the decision about “Les Miz”? I feel bad for Karimloo, who’s worked hard to get here. But frankly, Will Swenson’s Javert is outstanding. He probably deserves the Tony for Best Actor in a Musical.  And now he’s going to get it.

This is Audra McDonald in her play: