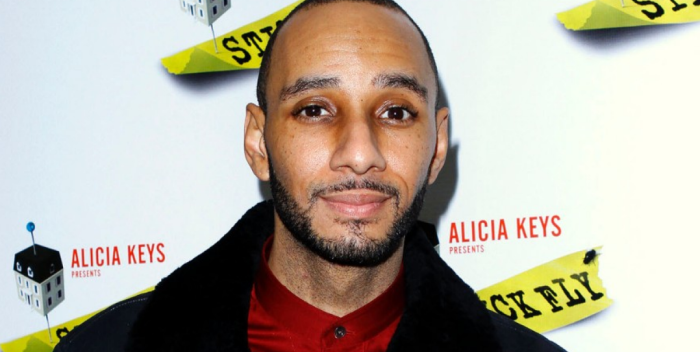 Swizz Beatz, the famed record producer-songwriter husband of Alicia Keys, is off to school this summer. He told me last night at the premiere of “The Amazing Spider Man 2″ that’s been accepted for Harvard University business school’s 9 week Owner/President Management Extension Program.You don’t become a Harvard graduate, but you do get a certification. It’s a serious program for CEOs and heads of companies. The networking alone is invaluable.

Swizz (real name Kasseem Dean) will spend $100,000 on classes beginning in mid May and live in Harvard housing rather than deluxe off campus accommodations.”I could have stayed with a lot of different famous people,” the soft spoken, thoughtful entrepreneur told me. “But I didn’t want to pull strings. And I wanted to have the full experience of being there.”

Keys, and their son Egypt, will join him in the dorm on weekends. Keys, he told me, is getting ready to drop a new album this summer. It’s a busy summer for the Dean family.

Swizz introduced me to his adorable mother and good looking brother backstage at the “Spider Man” party after Alicia performed her soundtrack song from that movie with Kendrick Lamar. Why Harvard? First of all, Swizz never went to college. “I graduated high school and went right into music,” he said. “But now I work with Monster on headphones and other products. I’ve raised millions for start up companies. Harvard looked at my real life experience and converted it into credits.”

Is he nervous? “A little bit,” he said with a smile.  I don’t think he’s going to have any problem at all, frankly.