Prince once hated Warner Music so much he wrote the word SLAVE on his cheek and used the photo for publicity. He dropped his name and used a symbol for years. He was The Artist Formerly Known as Prince. Leaving Warner Music, he journeyed to EMI and to Arista, had a major hit — “The Most Beautiful Girl”– on an indie label, and carried on like crazy.

How times have changed: today Prince announced a new deal with Warner Music almost 20 years after he 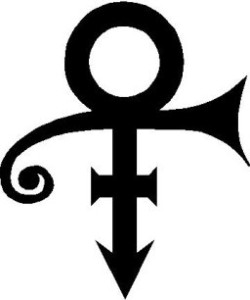 Terms of the deal “were not disclosed” but facts are facts: Prince hasn’t made real money in years and years. Like 20 years. He’s done re-records of his old records to circumvent not owning his masters. No one cared. They just want to hear “1999.” He may be eccentric, but Prince has bills to pay.

Apparently Warner Music’s president, Cameron Strang, got owner Len Blavatnik to open his pocketbook. Over the years, Warner Music has lost so many catalogs and artists it’s laughable. This signals a desire maybe to get back in the game.

It’s interesting because it looked a few weeks ago like Prince was headed to Epic Records. L.A. Reid announced he was putting out a single with Prince over there. But that may have been a leverage move.

Anyone’s who been around in this business for a while must be scratching their heads. Prince and Warner Music? What’s next, Putin letting the Ukrainians live in peace?