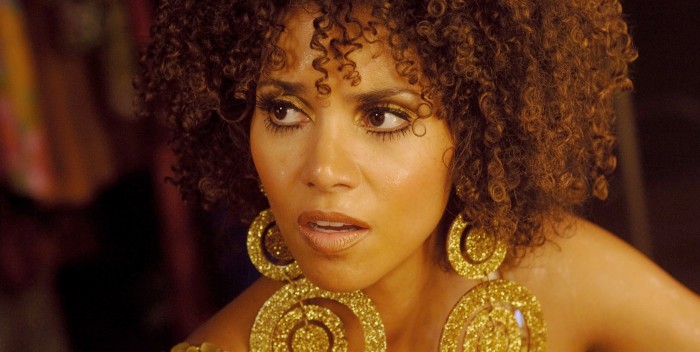 “Frankie and Alice,” a not very good movie starring Halle Berry, was released for one week in December 2010 for an Academy run. It made somewhere between $7,000 and $10,000. There were no Oscar nominations, although Berry did get a Golden Globe nod. That should tell you everything. The distributor was Freestyle Releasing, which apparently knew more about swimming than putting out movies.

Flash forward to yesterday: “Frankie and Alice” was re-released, for no particular reason, into 171 theaters. This time it’s with Lions Gate’s black film division, CodeBlack. They’re the same outfit that dumped the well- reviewed “The Inevitable Defeat of Mister and Pete” a few months ago. For that film CodeBlack did no marketing. For the re-release of “Frankie and Alice,” they did no marketing. This seems to be their calling card.

When I saw the listing for “Frankie and Alice” on Tuesday, I thought it was an April Fool’s joke. It still seems like one.