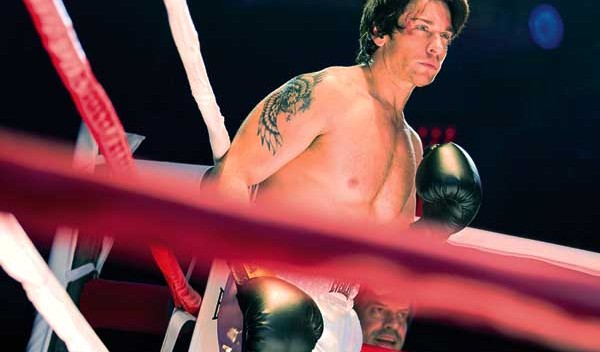 More and more people are yakking about the hit Broadway musical, its star Andy Karl, and the amazing sets including the now famous boxing ring. There’s so much buzz that Willie Geist came to a performance, went backstage and signed up the show, cast, and Sylvester Stallone for a three part series next week.

The segments will air Monday, Tuesday, and Wednesday at 8am. I’m told Willie ran up and down the stairs of the Philadelphia art museum with Andy Karl, and even gets into the ring for a round or two.

The series includes an exclusive interview from L.A. with Sylvester Stallone.

Last week, record mogul Clive Davis stopped in to see “Rocky” and went nuts for Andy Karl, a probable Tony nominee as Best Actor in a Musical. Clive is always looking for new musical talent. He could just as well look at Andy’s talented wife, singer Orfeh, who he co-starred with in “Legally Blonde.”

I asked Clive where he sat during the show? Turns out he volunteered for one of those Golden Circle passes in the front and wound up moving during the second to become part of the “boxing audience.” He loved it. You have to see this thing to believe it!  You also have to see adult people leap to their feet during the big boxing match (it’s not violent, all choreographed beautifully). It’s wild!