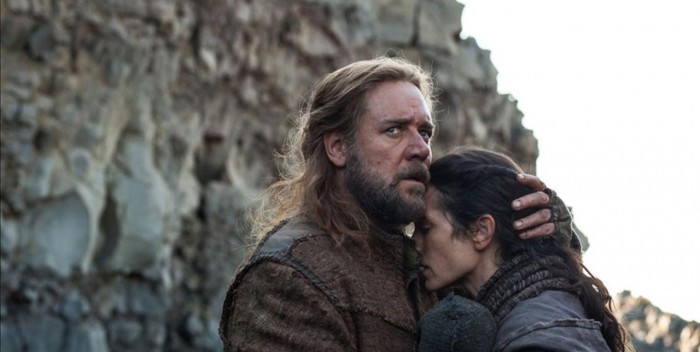 Emma Watson is some success story. Richer than she could dream from the “Harry Potter” movies, she opens Friday in “Noah” with Russell Crowe. In May she’ll graduate from Brown University and it’s for real. “After five years, you know I will be at that ceremony,” she told me last night at the ritzy premiere of “Noah” at New York’s Central Park Boathouse. Her next movie, “Regression,” will be directed by Alejandro Amenábar. “I’m very excited about that,” Emma told me, because that could be her breakthrough leading a cast.

The “Noah” premiere was remarkable for being one of the coldest on record– March is not going out like a lamb but more like an icepick. Or something. It was also packed with locals who worked on the film, a lot of which was shot in Brooklyn and Long Island.

Director Darren Aronofsky’s 7th grade English teacher, Vera Freed, was a special guest. She even read a poem Darren wrote for her about Noah in front of the whole theater. Mrs. Freed, who makes a cameo in the movie, only learned a couple of years ago that she inspired Darren to become a writer. Whatever you think of “Noah,” send it to Mrs. Freed in Del Ray Beach, Florida.

Some guests at the “Noah” premiere besides the cast included Stephen Baldwin, who brought his two beautiful model daughters with him. He told me that he liked “Noah” and that it wasn’t blasphemous or controversial. He said, “Some of the right wing Christians may think there’s a problem, but there isn’t. They should see it.”

Jennifer Connelly came with husband Paul Bettany. Some brave souls like Michael Stuhlbarg, Deborah Norville, Tyson Beckford, Celia Weston, Billy Magnussen with his rock band Reserved for Rondee, and Ian Somerhalder braved the cold to get a pop lesson about the Bible.

Star Russell Crowe, who does yeoman service as Noah, was in a good mood. Did he get to keep the ark when the shooting was over? “It wouldn’t fit in my garage,” he joked.

“Noah” is solid entertainment, a bit over the top, and not always true to its source material. But then again, the source material is always in question. It’s a big budget telling of a famous Biblical story. Is it accurate? Sure. I wasn’t there, so I don’t know. The movie requires complete suspension of disbelief. But you’ll never be bored. And the special effects are worth the price of admission.

I don’t think I once heard the word “God” in the two hours or so. He/she is referred to as “The Creator.” Is this a bad thing? Not necessarily. I was impressed to learn, however, that Noah and his family were extremely well dressed for their time– and considering there was limited shopping available to them. Also, Anthony Hopkins plays Methusaleh very very well. He wasn’t at the party, but one of the h’ors d’oeuvres was chopped up Fava beans with truffle sauce. Goes down with a nice Chianti.