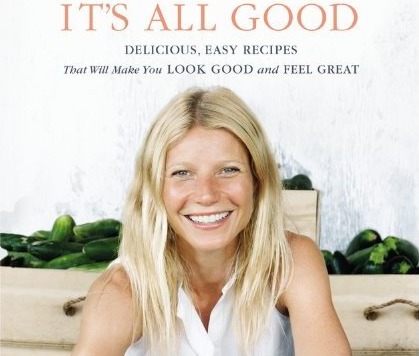 Goop! Oscar winning actress Gwyneth Paltrow announced her separation — er, “uncoupling”– from Coldplay rocker Chris Martin tonight while I was at the theater. Isn’t it always the way? Anyway, GP posted her news on her website. www.goop.com. And the site crashed. You still can’t get into it at 10:45pm. Always check your bandwidth before making a life announcement.

Surprised? No, no one is surprised. Rockers aren’t made for marriage. Actors aren’t far behind. No one’s in the same place at the same time. And when they’re not, they’re where they shouldn’t be. Plus, it must have been hard to get a cheeseburger, fries, or Oreo’s in that house. That adds to the tension considerably.

Uncoupling means divorce in the real world, which is always sad. Chris recently signed on to do “The Voice.” Gwyneth has more “Iron Man” movies to do. Since winning the Oscar for “Shakespeare in Love” in 1999, she hasn’t done a single serious film. Maybe this news will refocus her attentions. She’s quite capable of winning more Oscars.

PS I hate to say it, but now it does seem that Vanity Fair had been on the trail of something after all.