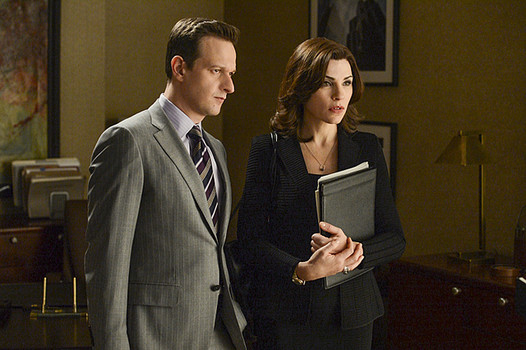 Remember when you could count on most of the characters in a TV series making to at least the final season if not final episode? Well, those days are over. “Homeland” killed off Brody. “Game of Thrones” had the red wedding. “Man Men” hung Jared Harris on a coat hook. And now “The Good Wife” has shot Will Gardner in the back.

That’s right. Josh Charles is out after four seasons and 15 episodes. His character Will’s murderous client, played by Hunter Parrish, did the deed. So long, Will. Now he won’t be able to testify about the stuffed ballot box, and Chris Noth’s Governor Florrick is off his own hook.

No one knew. I started getting text messages during the premiere of “Les Miserables” that Will Gardner was dead. I didn’t even know who he was. Well, actually I did– Josh Charles’s character. Josh is such a good actor. But apparently he says he was ready to go. So the show’s creators, Robert and Michelle King, killed him.

The show will go on. Hopefully Josh Charles will get his own show. He should have one. And “The Good Wife”? You got our attention, that’s for sure.
Also Mel Brooks and Carl Reiner liked it