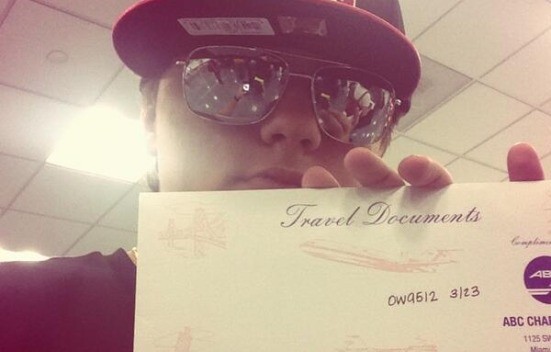 This is not Snakes on a Plane 2: Michael Jackson traveled all over the planet but he never visited Cuba. So now his son, Michael Joseph Jackson, Jr., aka Prince, gets the chance. Prince sent out an Instagram selfie holding plane tickets to Cuba. He left on Friday with his school group from the Buckley School in Los Angeles. Yes, that is correct. I think when I was 17 our school trips were to the Statue of Liberty and the PT Barnum Museum.  We have stopped at McDonald’s. But times change!

Prince also has become something of a snake charmer. According to his Twitter account, the son of Michael Jackson and Debbie Rowe is raising snakes at his family home in Calabasas, California. The snakes are named Sparta and Athens, and they live in a cage Prince built for them himself. According to my source: “Basically Prince was raised in a zoo– 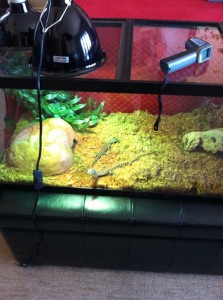 Neverland– so now he’s got all kinds of animals. Katherine [Jackson, his grandmother], isn’t crazy about the idea.”

As for Paris Jackson, although she makes trips home on breaks, it does look like she’s going to stay at her boarding school in Utah until she graduates from high school. Last June she tried to commit suicide, and eventually was sent to the school. My source says she doesn’t like it, but Mrs. Jackson “is afraid to bring her home.” In any case, Paris appeared in a couple of photos on Prince’s account recently and looked very happy.

Meantime, two books are coming in June around the time of the 5th anniversary of Michael’s death. One of them purports to deal with Michael’s finances after his 2005 and then really touts the executors of his estate as miracle workers. (The Jackson fans will probably boycott that one.) The other is by two bodyguards who were with Michael post-trial for a couple of years, but not with him when he died.

One last piece of Jacksonian trivia: Majestik the Magnificent, the Jackson family friend and personal magician, has been quite ill. He just posted– or someone posted for him on Facebook– an update. But I’m told he’s been hospitalized for some time, possibly thanks to a brain tumor that immobilized him. Majestik had been staying at the original Jackson home, Hayvenhurst, thanks to the largesse of Katherine Jackson. Everyone wishes him a speedy recovery.