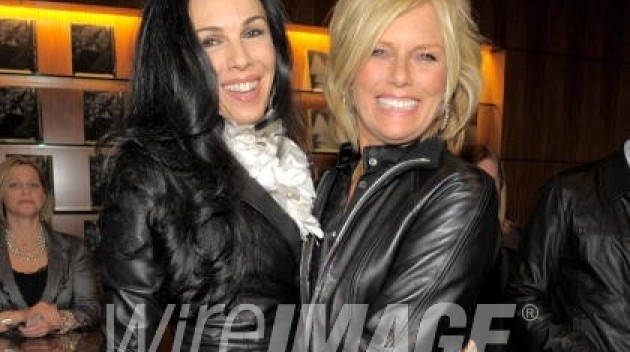 Is there a hell? Is there some kind of punishment for real evil? There’d better be. In the last day and a half, both the New York Post’s Page Six and the Los Angeles bureau of the UK Daily Mail have tried to kill L’Wren Scott. Even though she’s dead. They’ve certainly done what they can to piss all over a women who never did anything to them, was loved and admired by her friends, and was obviously in so much terrible pain that she committed suicide on Monday.

The New York Post’s Page Six has declared that all the other members of the Rolling Stones “loathed” Scott and implied that they’re happy she’s dead. They compared her to Yoko Ono, even though Scott had nothing whatsoever to do with the Rolling Stones, never tried to sing on a record or appear in a Stones video. Ono is often accused–wrongly– of breaking up the Beatles. The Stones are very much together.

The whole story proposed by the Post is ludicrous. There are pictures of L’Wren Scott on Wire Image with Patti Hansen (Mrs. Keith Richards) and with Jagger’s children Jade, James, and Georgia. Everyone is smiling. Patti Hansen is embracing Scott and they each have big smiles. No one’s pointing a gun to anyone’s head.

It actually seems like there was a lot of respect among the disparate members of Mick Jagger’s family for Scott. Immediately after Scott’s death was announced, Bianca Jagger, Jade’s mother, Mick’s ex wife, Tweeted her condolences and asked for respect for her.

Meantime, the Daily Mail decided to quote the Post, then belittle Scott some more. A person, hardly a human, named Jan Moir, wrote that Scott was unknown to anyone in England. Moir says Scott was only famous because she was Mick Jagger’s girlfriend, and basically, who cares anyway?

This Moir is just an idiot, and maybe there will be a quick route to hell for her. But seriously, as far back as 2000, L’Wren Scott was already the biggest name stylist in Hollywood. We featured her in Oscar magazines dating from 200o to 2004. It had nothing to do with Mick Jagger. Everyone knew her name even then.

Scott’s close friends are too upset to defend her. No one can speak for her yet, except Cathy Horyn’s lovely piece in the New York Times. But what is going on here? Why so much anger toward a woman who wasn’t really a celebrity, didn’t ask for anything, and died under the worst circumstances? Disgusting.

PS In the very same Daily Mail yesterday, pictures of Jerry Hall, Mick Jagger’s ex and mother of four of his children, hosted a baby shower for Jade Jagger’s pregnant 21 year old daughter. Jerry has no connection to Jade other than she was her step-mother 15 years ago. So why would she do that? Maybe because these people are human beings, not cardboard cutouts in someone’s imagination. I think these Jagger women are a lot smarter than the people who are making up stories about them, that’s for sure!