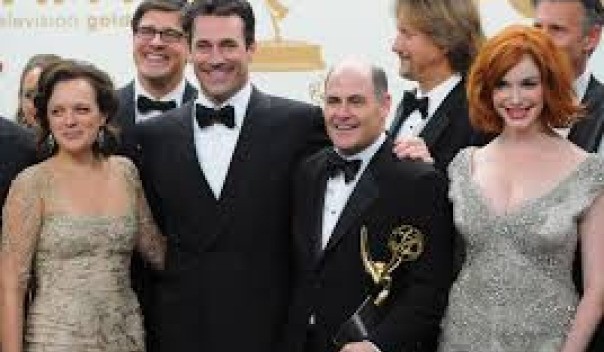 Is everyone going west in the final season of “Mad Men”? The new trailer for the first part of the last season certainly makes it seem like it. Don, Megan, Betty, Pete, and Roger are all seen in airports in bright sunshine. It looks like it was shot in a suburban LA airport, too, maybe Long Beach. It still looks like the 1960s there. The song playing is “Breakdown” by Alice Russell, a cool current white British soul singer. The lyrics include the phrase “unfamiliar journeys.” We do know that someone is supposed to go to L.A. from Sterling Cooper. A lot of shows go west in their final seasons– think “I Love Lucy.”