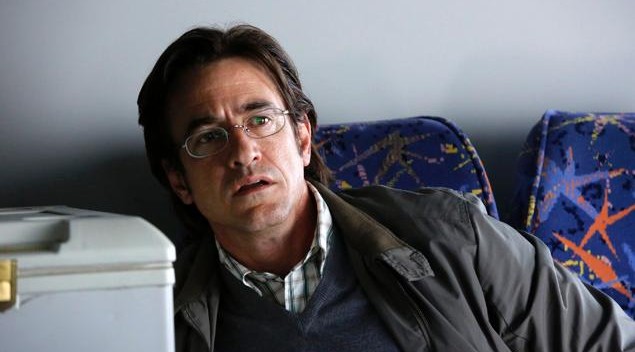 So Sunday night on TV. No “Mad Men,” “Downton Abbey,” or “Homeland.” The Yankees played this afternoon and beat the Marlins 7-0.

CBS has “The Good Wife.” Incredible New York cast continues to be very watchable, but the plot seems like it’s the same as the last time I watched it three years ago. But look at these people: Julianna Margulies, Josh Charles, Christine Baranski, Nathan Lane. And they added Jill Hennessey! It’s all good. But I’m switching over too…

“Resurrection.” So many shows want to be “Lost.” On TV last night three of them all whooshing sounds followed by cold cuts to the commercial. Where is Hurley? Especially now the Malaysia flight 370 is doing “Lost.” There’s also “Believe” (which I didn’t) and “Crisis.”

But “Resurrection” has the best shot. And Frances Fisher is the star of it. That’s a major plus. Everyone’s dead relatives keep showing up on “Resurrection.” Or maybe they’re aliens or something. They’re not what they seem. But they’re all the same as when they died. Biggest problem will be what happens when the 9 year old kid starts growing? Then it will be “Lost” and they’ll have to get rid of him. Like Menudo.

“Crisis” was a hoot. Dermot Mulroney, a much too utilized movie actor, is the star. He’s very good, and creepy.  I hope he gets a better show, quick.  Gillian Anderson, airbrushed to a fare-thee-well, co-stars. I kept waiting to see Martha Byrne, from “As the World Turns.” Biggest problem: the characters are using Blackberrys. I had to laugh: no signal. Of course. And Gillian was trying to use the completely moribund Blackberry Playbook from a helicopter. She’d be better off making smoke signals. The Playbook, no longer made, had no 3G or cellular service. It only worked in WiFi, back in 2010. If at all. I will send you mine, for postage.Was this shot a million years ago?

I tried to sample “Revenge.” The girl from “Brothers & Sisters” is still fighting with Madeline Stowe. Zzzzz. “The Mentalist” looked good, but I was too busy thinking about the bad writing on “Crisis.” That show– which is clearly a finite proposition–features the basketball player from “One Tree Hill” (yikes) and a model named Rachael Taylor who may be playing an android.

That’s my last time trying this at home. Next to “House of Cards,” this stuff is simply not very good. But, of course, it’s free.