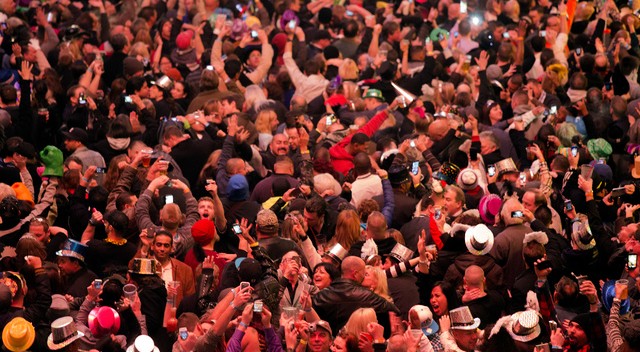 Today’s New York Post has a nice story on party crashers. But they skim the surface, really.
The Broadway- movie premiere circuit has a whole team of pro crashers, all of who manage to make it past the toughest security around.

I know one guy who travels the world crashing events, from the Oscars to the Tonys and beyond. Sometimes he pays people off. Most of the time, he just dresses up in a tux.
And I’ll tell you, from what I’ve seen, dressing the part is 90% of the game.

There are inveterate crashers who hit Broadway with a relentlessness. They stand out side theaters and ask everyone and anyone if they have an extra ticket. Invariably, someone’s missed a train, become ill, lost a babysitter. And that’s how they do it.

Almost none of them have names except for Shaggy, who’s in the Post piece. He invents some press name to get himself in– like World Entertainment– and that’s it.

But most crashers just circle the perimeter, waiting for ticket takers to be overwhelmed. There’s one crazy guy, who looks like the junior version of Professor Irwin Corey. I saw him a couple of weeks ago, trying to get into “Sweeney Todd.” He’s got sparse, wiry hair, is mostly bald, and has a nutty look in th eye. He wears plaid shirts and never dresses up.

There’s Doreen, a lovely older woman with short gray hair. She’s always dressed nicely, and often walks with a cane. Another woman, whose name I don’t know, is like a walking cherub. Middle aged, and she sports a cane also. Her hair is blonde-ish and it’s teased.

The guys are something else:
–tall, lanky older gentleman with a quick gait. He is quite a nice head of gray, longish air Bill Nighy style. He mostly wears black. We’ve tried to photograph him. He gives cheetahs a bad name.
–how about the guy with a five o’clock shadow, maybe 45, always in the same gray suit. He wears a knit cap no matter the temperature.
–there’s one black guy, also always in a business suit. He hangs with Knit Cap.
–a twosome– one of them looks a little like a walrus, big mustache, short. His companion is wiry and short, with a kind of “ET” or comic look. One of them calls himself a doctor. They blend in well because they look, to security, like they’re vaguely familiar.
–Broadway has a regular, but I won’t describe him. Suffice to say, he’s got a great routine and misses nothing. I’ve talked to him and he’s very friendly. You’d mistake him for a producer or a press agent.

One woman who I see all the time introduced herself to me last week at a movie event. She has an oddly Asian look, around 50. This is bold. What happens is she, like an Israeli woman who lurks around the Ziegfeld, strike up conversations as if you’ve met them many times before. They cling to the edges of circles of conversation, trying to look familiar but not too much.

In January, I spotted one guy who’s a constant at the Beatles concert at the Convention Center. Later when I watched the tape I actually saw him in a prime seat near one of his buddies. That guy, in his 70s, white coiffed hair, once used a reporter friend’s name to get into a party. Only problem was, the reporter was black!