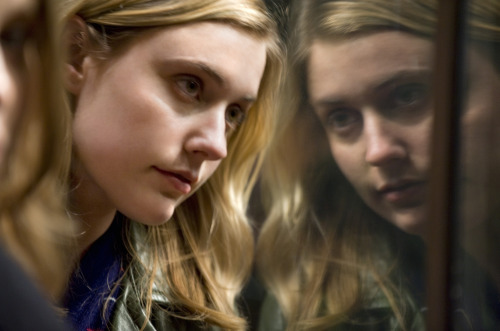 I’m not a big follower of “How I Met Your Mother.” I do know the end is near, and that there’s been a lot speculation that the Mother (Cristin Milioti) was dead all along, a la “Lost.”

Ridiculous. Milioti says so today in a posted video interview. But also, really, who would end an 8 season romantic comedy in syndication with that bummer? No one.

I ran into Josh Radnor and Milioti at the Independent Spirit Awards back on March 1st. They had just shot their final episode the night before.

“There were a lot of tears,” said Milioti, who comes from a great Broadway run in “Once” with Steve Kazee. She also appears in “The Wolf of Wall Street.”

So what about the last scene? It must have been a wedding, no? “No,” Radnor said, shaking his head. “The show jumps around in time. The end is not anyone’s wedding.”

That’s all I can add to this conversation. Except to say the idea of Greta Gerwig starring in “How I Met Your Dad” this fall is very intriguing. The show will be shot in New York. If it’s sophisticated and cool, if Noah Baumbach writes any of the scripts, “HIMYD” could be Gerwig’s “Mary Tyler Moore” show. #Hoping…