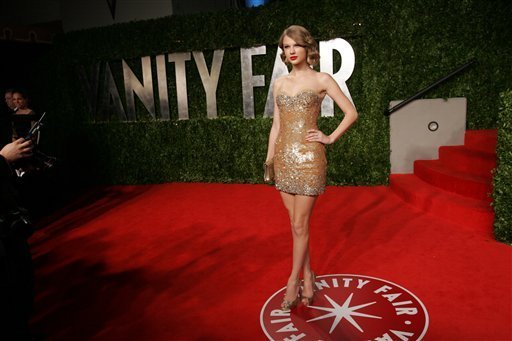 Vanity Fair upped its Oscar game last night. They build a huge multi level tented building in the parking behind Sunset Plaza. Traffic snaked back and forth on Sunset Boulevard in both directions. There was a big security plan, with metal detectors at the check in. And then you arrived to find an avalanche of stars. Stars and stars. Two by two, or three by three, they came.

Inside the main room, just to the right, if you could find them through the fog of formally attired people, Jane Fonda and Anjelica Huston set up a beach head. Many stars, old and young, were crowded into this area including Jane’s beau, Richard Perry, and Sarah Paulson, plus Quincy Jones, who was busy looking for Petra Nemcova, and Fleetwood Mac’s Stevie Nicks. Rosaria Dawson and Gabrielle Union weren’t far away. Sitting on a couch in a section nearby, the fabulous oldies group– Mickey Rooney and Martin Landau. And they were hosting this year’s nominee June Squibb.

Praise god– Don Rickles and his wife were entertaining Don’s many fans. “Do you have any Oscar jokes? I asked Rickles. “If you’re paying me!” he said. I did get a photo.

Just at the entrance to this room I tripped over Bill Hader, who was reconnecting with Will Forte and Paul Rudd, with a big group of comics around them. Hader made a beeline to see Larry David. In time that group was joined by hit pop star Ed Sheeran, who’d just come over from playing at Elton John’s AIDS Foundation fundraiser. Only 23, Sheeran– who’d been hanging with Taylor Swift–is about to break out in a big way. His new single comes this week, with a new album in June.

From there I headed to the upper level party, where Bill Murray and a big group had come to occupy a huge round room with Art Deco-ish banquettes– a hold over from past VF parties. They store their sets! This is where a lot of guests were dining on In and Out Burgers. Here were lots of people carrying Oscars, from “Gravity” and “12 Years a Slave” crew to winner Lupita Nyong’o. Super model Karolina Kurklova and her husband Archie Drury were getting burgers. Amazing since it looks she only eats celery stalks!

And yes, chowing down, was our old pal Kerry Washington, a month away from giving birth, radiant and round.

The thing about Vanity Fair’s parties is that when they’re at their peak, you really think you’ve seen the magazine come alive. The rooms just seem to turn and churn with celebrities: Kelly Ripa and Michael Strahan obviously didn’t sleep last night since they were still up at almost 2am and did their show live at 6am!

Spike Lee was busy being asked to take pictures with everyone. Michael B. Jordan scooted around. Seth Rogen was in deep conversations. I did get to meet Clint Eastwood’s squared jawed son Scott, and the great actor DB Sweeney hanging out with Sony Pictures Classics’ Tom Bernard and media mogul Jay Penske.

Sometimes the party seemed like a parade in a dream. Kate Hudson, more beautiful than ever, waved at me and mouthed Hello as she swept through the room.Who had time to stop? Maybe she was on her way to Lady Gaga, who was easily the hit of the night after also coming over from Sir Elton’s soiree.

Another great VF bash– maybe the biggest ever and the best. When we left at 2:30am, guests were still in force. Wow!