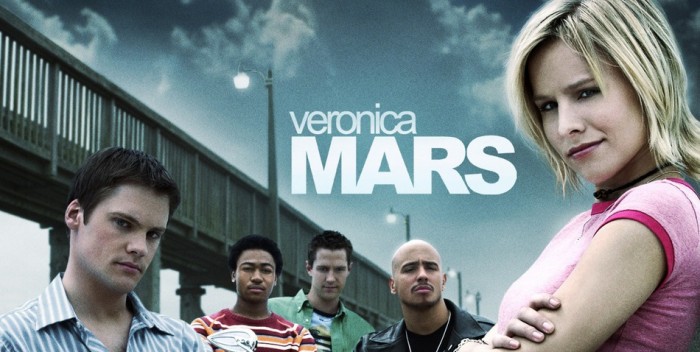 Warner Bros. made a couple of announcements on Friday that I’m just catching up to. “Veronica Mars: The Movie” is still pretty a TV show after all. The studio has wisely decided to release the big screen version of the popular series on video on demand the same day it goes out to just 270 theaters. VOD is on your TV. The small theatrical release is to avoid a financial calamity. This doesn’t mean “Veronica Mars” isn’t good. It could be a lot of fun. But the studio isn’t going to spend $20 million to find out. If you’re one of those people who loved the show so much you helped out via Kickstarter, the big day is March 14th…

WB also has put “The Man from UNCLE” on for January 16, 2015. I’m sorry, this means a couple of things. They don’t want to hurt Henry Cavill, their Superman from the forthcoming “Superman vs. Batman.” It also means “The Man from UNCLE” isn’t a tentpole movie. Otherwise we’d have seen it this fall, for Thanksgiving or Christmas, or waited til early May 2015 for a blockbuster release. From the casting etc it doesn’t sound like anyone really knew what “The Man from UNCLE” was other than the title of a spy movie. Cavill as Napoleon Solo? Armie Hammer as Ilya Kuryakin? I do like the idea of Hugh Grant as Mr. Waverly, the Mr. Magoo of agency chiefs.

Each of these decisions sounds wise actually. A third decision, to put Will Smith’s “Focus” in mid -February 2015, is also prudent. Smith’s big blockbuster audience has eroded thanks to lots of bad choices. He’s not Mr. July 4th anymore. “Focus” is not “Independence Day 2,” which Smith won’t do. So “Focus” could be sharper in a month when no one has any expectations.

It’s bad news for all of us in the media though. If studios start getting smart about spending money to promote iffy products, what will we have to write about? Just kidding!