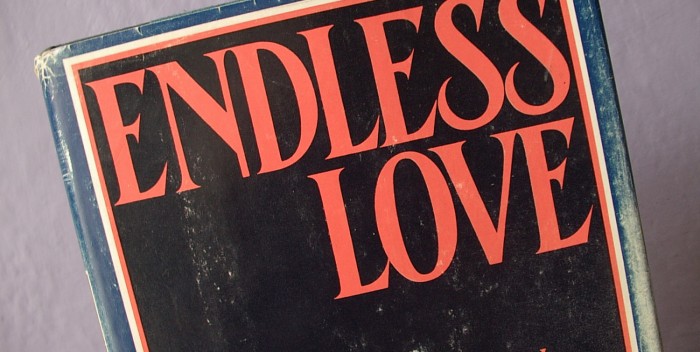 I just caught up with a piece written by “Endless Love” author Scott Spencer in an issue last fall of The Paris Review.

Spencer noted then that he had nothing to do with this remake of the 1981 movie based on his 1979 novel. He signed away the movie and remake rights back then.

The movie is a critical flop and pretty much of a financial one, too, this time around. Again. Just as it was in 1981. The people who’ve endeavored to make movies out of Spencer’s great novel– at least I think– have never bothered to read it.

Of the reviews on Rotten Tomatoes, 62 out of 72 were negative. Why even bother making this movie?

Spencer wrote in The Paris Review about reading the script: “Chicago is now somewhere in Georgia; my Jewish lovesick arsonist protagonist is now a gentile with flying fists; his communist father is now an aw-shucks guy who works on cars, and, like most working class people in movies, is ashamed of his position in life; the communist mother has vanished—you can’t even hear the empty hangers chiming in her vacated closet. The inaugurating action of the novel—David setting his girlfriend’s house ablaze—is now the climax of the movie, though in the upcoming version David has nothing to do with the fire. However, he does appear to die in it. (Don’t worry, he doesn’t.)”

What Spencer concluded: “What none of these folks seem to get is that Endless Love was meant to be a knife to the reader’s heart, not the writer’s. As that old elegant Italian filmmaker was giving me fair warning, it turned out the knives were being sharpened for him, and—unfortunately—for several of his principal actors. And now a second generation is blundering into their own Valentine’s Day massacre. As the late Leonard Michaels said, I would have saved them if I could.”

On Facebook the other day, Spencer posted:
“Endless Love movie getting slaughtered by most of the critics. As some of you know, I do not own the movie rights to my novel and had nothing to do with this new movie version. And while I do believe it will serve the film makers right to be publicly chastised, I can’t help but feel a little sorry for them –and sorry for my novel, too, of course, which will once again have to live down another failed scam.”

Why didn’t the producers seek him out? Why was there no effort made to make the novel into a faithful film? I don’t get it.