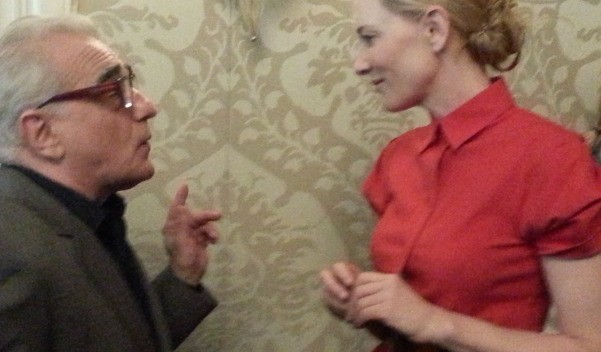 Director Martin Scorsese has been embroiled in a big debate the last couple of weeks over the characters depicted in his “Wolf of Wall Street.” Does the movie celebrate and endorse the debauchery and criminal activity brought on by Wall Street trader Jordan Belfort? That’s a conversation that has pulled audiences into theaters to see what the heck this is all about.

But yesterday I had a long talk with Scorsese at the annual BAFTA/LA tea at the Four Seasons hotel. He said, “No one’s asking me the important questions.”

I responded: “Do you consider these people villains? Has anyone asked you that?”

Scorsese: “Not really. And the answer is I definitely consider them villains. But I’m presenting them to you. I’m not endorsing them. After all the stock market scandals of 2008, I was fascinated by these kinds of people. I wanted to know what was behind it, what made them tick. I’m not saying people should behave like that. But who are they?”

We talked about Jordan  Belfort’s decision to become that person, the moment we see Leonardo DiCaprio enter the Long Island ‘boiler room’ run by Spike Jonze in the movie. Belfort had been out of work for quite a while after the 1987 stock market crash. Belfort didn’t hesitate to sit down, pick up the phone, and start conning people out of their money.

“Would I do it? Could I do it?” Scorsese asked me rhetorically. “That’s what I was thinking.”

“Never. My parents, my values? My father would never have allowed such a thing. But isn’t it interesting how that never occurs to Jordan?”

“Did you see some of those people?” Scorsese asked. “There’s nothing sexy about them. Some of them should never take their clothes off!”

Scorsese got into a couple of long conversations at BAFTA, with Cate Blanchett and with “Captain Phillips” director Paul Greengrass. I managed to snap a picture of Marty and Cate. Remember, he directed Blanchett to her first Oscar– supporting– for “The Aviator” ten years ago.

The BAFTA/LA tea was filled with stars, as usual. Sandra Bullock, Jacqueline Bissett, Joan Collins, Diane Baker, “Downton Abbey” creator Julian Fellowes, and Leonardo DiCaprio all caused traffic jams in he Four Seasons ballroom. So many people stop Fellowes to ask him different characters, he’s like a rock star! Also: the great actor James Frain held court, legendary Michael York made the rounds, and I even met the real Philomena Lee and her daughter. Charming!